Florida’s Affordable Housing Fund Is Once Again Targeted By Lawmakers 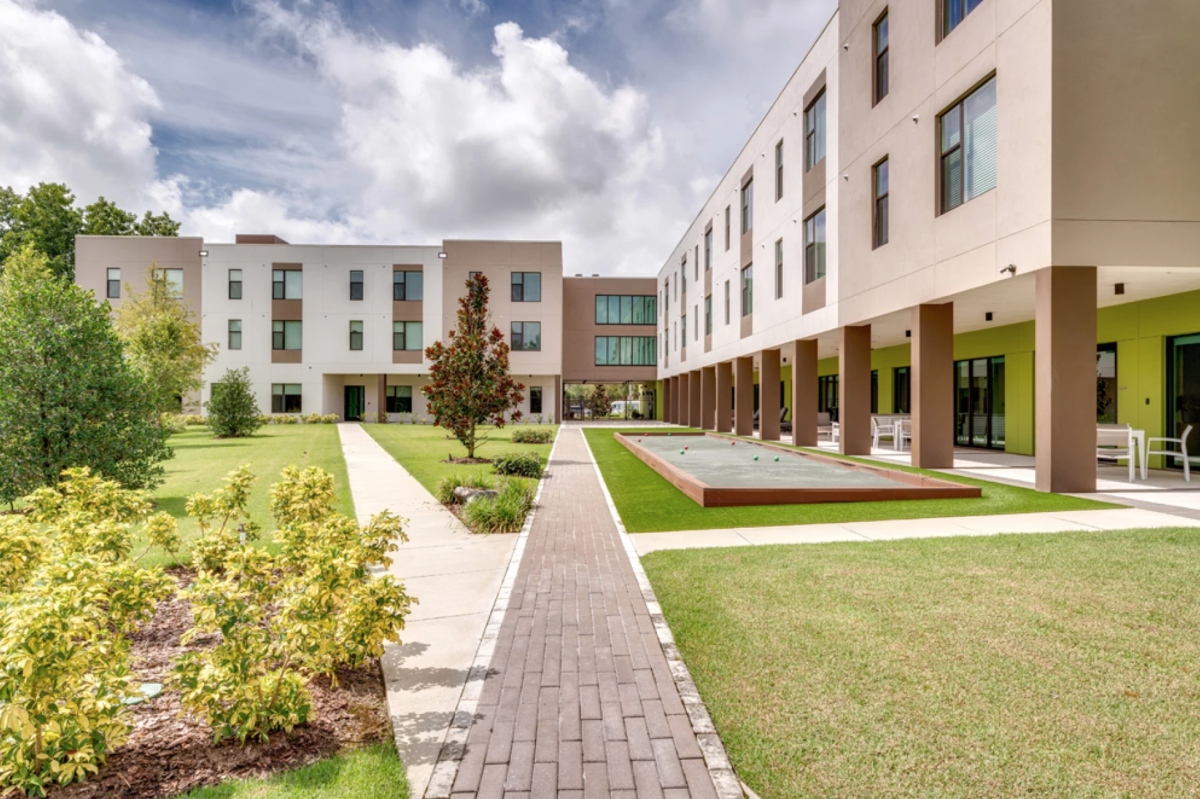 The Graham at Gracepoint is an affordable housing complex in Tampa, serving a mix of formerly-homeless persons and seniors. Photo: DDA Development

The state has a dedicated trust fund meant to fund affordable housing projects but lawmakers have repeatedly diverted money from the program. This year looks like it will be no different.

Nearly 30 years ago, the Florida Legislature passed the Sadowski Affordable Housing Act which placed a surcharge on every real estate transaction in the state.

That money then gets split between each county and larger cities to fund local housing programs. This year, some lawmakers want to use some of the funds to pay for flooding mitigation and sewage upgrades.

But Jaimie Ross, President of the Florida Housing Coalition says the pandemic has only exacerbated the state’s affordable housing crunch.

“Right now, housing prices are extremely high, it’s a hot market,” she said. “Rentals are also high and there’s very little in the way of vacancies so it’s a particularly bad time to take so much funding away from the Sadowski programs because those programs are really focused on building and increasing the supply of housing.”

This year, Florida’s affordable housing trust fund has about $426 million but under a new legislative proposal, two thirds of the money would be used for the environmental projects.

The plan was recently announced by Senate President Wilton Simpson, and House Speaker Chris Sprowls of Palm Harbor. And unlike in previous years, the new proposal would make cuts to the Sadowski trust fund permanent.

Bowen Arnold is a housing developer with DDA Development in Tampa.

It’s not unusual for legislators to try to divert money from the Sadowski trust into general revenue for other projects.

But housing advocates, including Jaimie Ross, may have an ally in Governor Ron DeSantis. His budget proposal fully funds the affordable housing trust.

“Governor DeSantis has been really wonderful since he took office in terms of housing,” she said. “He stopped the trend that we had experienced with Governor Scott of basically sweeping the trust funds. In the DeSantis budget, $423.3 million is proposed to be used for affordable housing in this fiscal year. If you look at the House and Senate bills that has been proposed, they would reduce that to $141 million. That is a drastic reduction.”