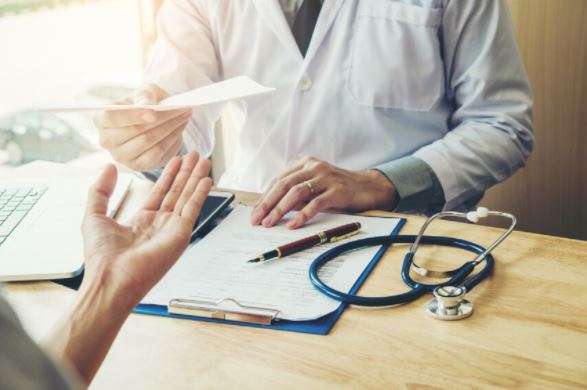 While more than 2.7 million Floridians signed up for health insurance coverage during the recent open enrollment period, questions about accessibility remain as the state is one of the few that has not expanded Medicaid eligibility.

The Centers for Medicare and Medicaid Services reported a record 14.5 million Americans either signed up for or re-enrolled in individual health insurance coverage during the recent open enrollment period.

According to the same report, Florida tops the nation with more than 2.7 million people signed up — an increase of 600,000 from the previous year.

The Affordable Care Act, also known as Obamacare, was signed into law by President Barack Obama on March 23, 2010. Since then, it has provided health insurance to uninsured citizens nationwide through subsidized private plans and expanded Medicaid.

Jodi Ray is the director for Florida Covering Kids and Families at the University of South Florida College of Public Health.

She says one reason for the jump may be the Biden administration’s push for more resources towards marketing and outreach, particularly through the $1.9 trillion American Rescue Plan.

As a result, the U.S. Department of Health and Human Services was able to put more public service announcements and other resources out to the public to make sure they were informed about the change in length of the open enrollment period.

“We were extended out to January 15 this year as opposed to December 15, which was an extra month for people to sign up,” said Ray.

Ray also explained that the most important thing is making sure consumers know where to go to get free help from a healthcare navigator in Florida.

Her initiative teams up with state agencies to help provide access to affordable health care coverage for Floridians. Their main goal is enrolling and retaining eligible children in insurance programs like Florida KidCare and Medicaid.

Florida is one of 12 states that has not expanded its Medicaid eligibility under the Affordable Care Act. Because of this, signing up for healthcare in Florida can be a challenge. But, Ray says, it’s something that needs to be done – especially for Floridians below the federal poverty level.

“We’re leaving them without anything,” she said. “Our health system…is designed now (so) that you must really have health insurance to be able to utilize our health system appropriately.”

The ACA helps provide health insurance coverage for the uninsured; for those whose income falls below the federal poverty level, Medicaid is available.

But Medicaid is not available for Floridians whose income exceeds the maximum eligibility level — just over $17,000 before taxes for a single person in Florida, or about $35,000 for a family of four.

When uninsured people need health care, they run the risk of utilizing hospitals inappropriately, such as treating the emergency room as their primary care doctor, which ends up costing people more — and then, Ray says, those unmet costs get passed on to all of us.

“It’s not free to not expand Medicaid,” she said.

But, she admits, “I don’t know what (Florida lawmakers) can do at this point,” pointing to Governor Ron DeSantis’ continued opposition to the expansion of Medicaid in the state.

“I think they should keep fighting for it. I think fighting for the ability for someone to be able to go to the doctor simply because they have the flu, something so basic, I think is a human right.”

Although the open enrollment period is now closed, navigators for Florida Care are still available to provide outreach and assistance year-round, free of charge, to anyone seeking health care coverage.