Florida’s 15 week abortion ban, briefly paused, is back in effect 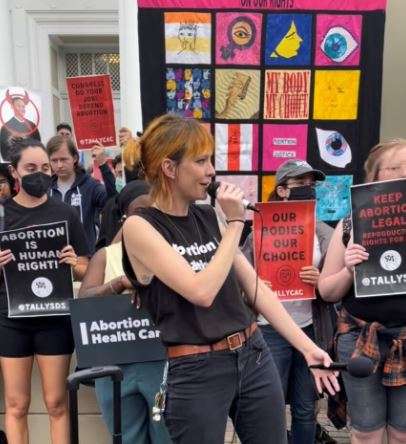 A ban on most abortions after 15 weeks of pregnancy is in effect in Florida. The ban was briefly paused Tuesday and quickly went back into effect, but could soon be paused again.

Leon County Judge John Cooper issued a ruling from the bench Thursday that put a block on Florida’s 15 week abortion ban. He said the new Florida law violates the privacy amendment in the state constitution.

“On the issue of abortion, the Florida Supreme Court has decided that women have a privacy right under the state constitution to not have that right impacted up to 24 weeks at least,” Cooper said.

But Cooper said his order wouldn’t be binding until he signed it. That didn’t happen until Tuesday. Meanwhile, Florida’s new law banning most abortions after 15 weeks of pregnancy went into effect Friday.

Less than an hour after Cooper signed the order blocking Florida’s 15 week ban, the law went back into effect. That’s because the state filed an appeal—automatically putting the judge’s order on hold. Lauren Brenzel with Planned Parenthood of Florida said the process is difficult for patients and providers.

“They are concerned about whether they will be able to help patients in the way that they need to help patients. They are following all laws and best medical practices. And the relationship between a patient and a provider is so sacred and we want to see that respected,” Brenzel said.

The American Civil Liberties Union, which is representing several of the plaintiffs in the case, said it will file to vacate the stay. If the judge approves that request, it would again put the 15 week ban on hold.