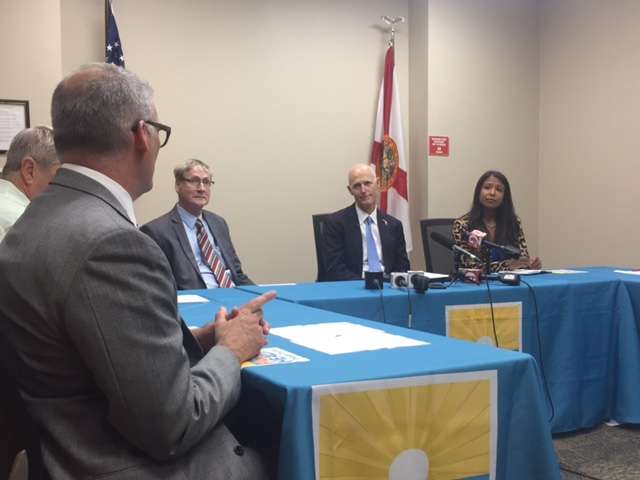 There are fewer Zika cases in Florida compared to this time last year.

This year, 50 Floridians have caught Zika while traveling, and four people have caught the virus locally – but officials think they caught it in 2016.

That includes 42 pregnant women. In Florida, seven babies were born with evidence of Zika Congential Syndrome, which includes microcephaly, a severe birth defect of the brain.

The U.S. Army has been developing a Zika vaccine, but some are raising concerns that the private drug company that will manufacture it will make it too expensive.

Governor Rick Scott says out of the $61 million dollars spent on Zika in 2016, and $25 million of that went to accelerating the development of a vaccine or testing procedures.

“I know the federal government is doing the same thing,” Scott said. “We’re gonna work to make sure our citizens can afford it.”

The Florida Department of Health will continue to offer free testing for the Zika virus.

“We continue to offer testing for pregnant women at all of our county health departments,” said Florida Surgeon General Celeste Phillip. “We have increased our lab capacity so that the turnaround time for results will be much shorter, and we have the ability to do all testing within our state, so we will not have to send samples out to the CDC lab in Colorado at this point.”