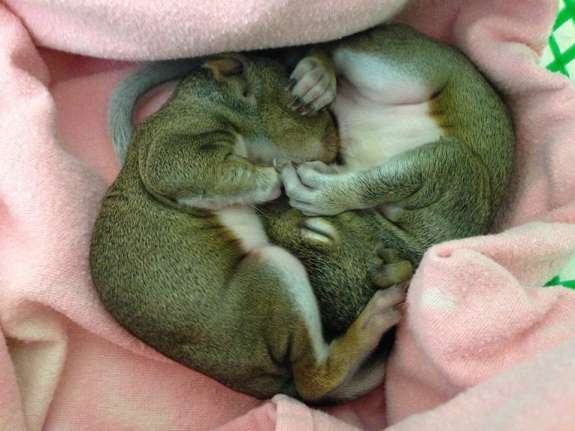 The Wildlife Hospital says it usually takes in deserted baby squirrels later in the fall. Rain storms can damage their nests or sometimes they fall when trees are cut down or trimmed. Tracy Frampton says construction is picking up in Brevard County and that may be having an impact. She’s executive director of the Florida Wildlife Hospital.

“When they’re small and their eyes aren’t open yet we just strictly feed them formula, there’s a specialized formula we use so it’s not something you can get in a pet store. We start with that, five feedings a day,” said Frampton.

Frampton said solid food is slowly added in and that the squirrels are not treated as pets to give them a better chance of survival in the wild. Their care starts indoors and then when they become more independent they’re moved to an outdoor area where they can get used to pulling acorns off branches and to predators around.

After a month or two staff releases them into the wild. People are encouraged to leave baby squirrels alone because their moms usually return. But if they’re found deserted, they can be dropped off at Florida Wildlife Hospital, which is also taking donated acorns.