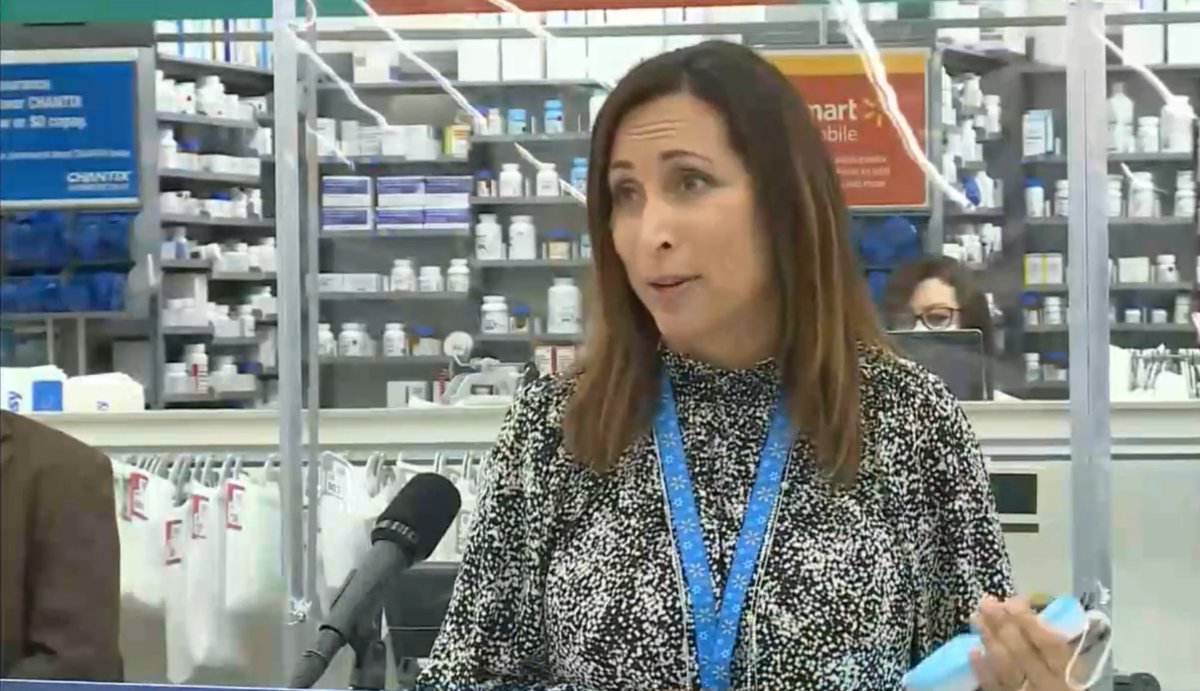 Florida has more than doubled the percent of the population that has gotten fully vaccinated against COVID-19.

Statewide, 694,ooo Floridians have gotten both doses of a COVID-19 vaccine, according to state reports. That’s 3.2 percent of the state’s population – double the rate from a week ago.

Speaking in Jacksonville, Gov. Ron DeSantis said 42 percent of Duval County seniors have gotten at least one dose of a COVID vaccine. Once demand from seniors drops, DeSantis said the state would move on to other groups.

“That is putting us in a range where it’ll take a couple more weeks to get through all the seniors who really, really want it,” DeSantis said. “But as soon as we see the demand signal change, and if we can get more Pfizer and Johnson and Johnson or a combination of both, that will make a big difference.”

Florida has administered 65 percent of the 4.2 million vaccines it has gotten from the federal government. That’s slightly less than the national average of 68 percent – but a significant improvement from last month when less than 25 percent of vaccines had been administered.

DeSantis now says Florida would accept federal help giving vaccines – as long as it is an increase in the state’s allocations.

“But if they want to do it and not take it out of our kitty but add to our kitty, that’s fine, and I know there’s discussion about them potentially doing that,” DeSantis said.

Check here for a list of Walmart, Publix and Winn Dixie locations offering the COVID-19 vaccine.

One statistic we don’t know: Florida stopped reporting how many people are late getting their second dose of a COVID vaccine. At last check, more than 44,000 people were behind.

In the race to get Central Florida seniors vaccinated, Polk, Marion and Sumter counties are running behind.

In Polk County, only 23 percent of seniors have received at least one dose of the coronavirus vaccine.

But Sumter County has the highest percentage of people over 65 in the state. So in a way it has more ground to cover.

And a mass vaccination site in The Villages — which is humming along now — had to shut down for a couple of weeks due to lack of supply.

A new chart from the Florida Department of Health shows how each county is doing when it comes to getting seniors vaccinated.

Leon County ranks number one with 61 percent. And Highlands County comes in last.

A highly contagious variant of COVID-19 is spreading faster in Florida than any other state.

The state reported 201 infections of the U.K variant, known as B.1.1.7, as of Friday. No other state in the country has as many cases and only California, with 150 cases, comes close.

Researchers estimate that cases of the U.K. variant double every nine days in Florida. Given that trajectory, the U.K. variant is expected to quickly become more prominent than the first strains of COVID-19, said Michael Teng, an associate professor of medicine at the University of South Florida.

“By the beginning of March, Florida’s dominant strain will be B.1.1.7,” Teng said. “That means that greater than 50 percent of our positive cases will have been infected with this B.1.1.7 variant.”

According to a recent study, the U.K. variant is 35 to 45 percent more transmissible than other strains of the virus in the U.S.

The variant emerged with a large number of mutations, which researchers suggest may account for its high rate of transmissibility.

“It’s unusual to see that many mutations come up all at once,” Teng said. “Some of these mutations appear to have made this variant more transmissible.”

The 201 variant infections in Florida were found in a sample of 4,224 COVID-19 specimens, a positivity rate of 4.76 percent.

That’s up from about two percent of cases in Florida a month ago, according to estimates by Helix, a California-based diagnostics company. The company is responsible for sequencing 167 of Florida’s variant cases.

“We’re getting up towards close to 8 percent of the samples that the companies testing are this B.1.1.7 variant,” Teng said. “It was hovering around two percent last month. So it’s really starting to ramp up now.”

In an email, officials from the Florida Department of Health said the state is leading the nation in sequencing for mutations of COVID-19.

“By leading in sequencing, the Department is actively looking for the variant in Florida, which is why more cases are being discovered in Florida,” officials said in the email.

Officials at the Centers for Disease Control and Prevention said they are unsure how the variant may affect existing therapies, vaccines and tests, but early results from Moderna suggest its vaccine is still effective against the strain.

The C.D.C. warns that U.K. scientists are finding early evidence that the B.1.1.7 variant may be deadlier than other strains.

More than 28,000 Floridians have died from COVID-19. That’s according to the latest figures from the department of health, which show Florida added 232 deaths Tuesday.

Coronavirus has claimed the lives of 28,048 Florida residents and 478 non residents.

According to data from Johns Hopkins University, analyzed by NPR, Florida is averaging 8,088 new cases per day in the last week.

Hospitalizations continue to tick down as well. As of Tuesday, 5,307 people were in hospital with a primary diagnosis of COVID-19.