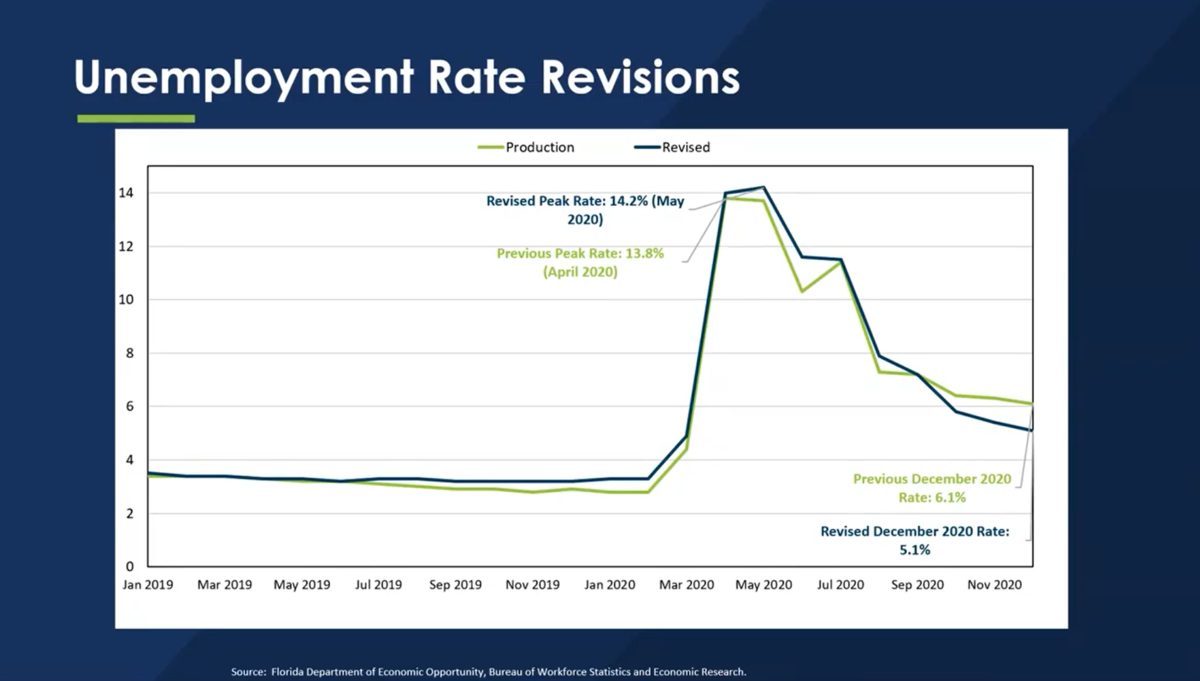 In May, Florida unemployment rate was more than 14 percent.

By December it was 5.1 percent. And that is a full point lower than the previous estimate — because the revision counted fewer people as looking for work.

In January, Osceola County had the state’s second-highest jobless rate at 7 percent. Only Miami-Dade was worse.

“We know in January there were some additional layoffs in the tourism industry related to some of the theme parks,” she said. “And so that seems to be continuing to drive most of the job loss. We also saw some losses in professional and business services.”