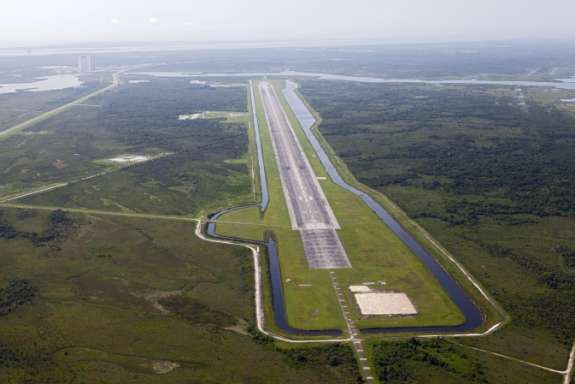 Florida will gain oversight of the old shuttle landing strip at Kennedy Space Center under an agreement reached Monday.

The deal unburdens NASA of having to maintain the historic landing strip it no longer needs.

The state’s aerospace authority Space Florida will oversee the landing strip under the 30-year deal. NASA will retain ownership.

“In the long run obviously we hope to turn it into the anchor of the Cape Canaveral space port for horizontal launch and landing activities with space tourism with things like XCOR, Virgin Galactic.”

The deal is part of a major transformation at Kennedy as the space center transitions into a space port for government and commercial launches after the shuttle program ended in 2011.

“We’re partnering the operations of the facility with Space Florida. And what that means is they take over operations, and they can take investment and working with these commercial users can further develop the runway.”

The three-mile-long landing strip is among the world’s largest, dating to 1974.