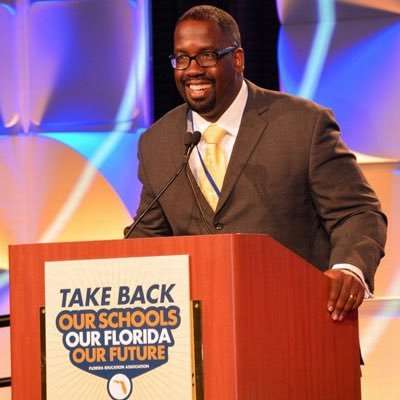 More 4,000 Florida classrooms lacked a fully-certified teacher at the beginning of the 2018-2019 school year, an increase of 1,000 openings from the previous year. That’s according to the Florida Education Association, the state’s largest teachers’ union. Fedrick Ingram, president of the FEA, joins Intersection to discuss possible factors contributing to the shortage.

About 2,000 classrooms statewide are currently still without a certified teacher five months into the school year, says Ingram.

Ingram points to factors like “low pay, lack of autonomy for classrooms and high-stakes testing situations” as reasons for the teacher recruitment crisis. As a former school band director, he said he understands firsthand that most teachers get into teaching out of a passion for helping youth, not a desire to get caught up in a bureaucracy.

“Teachers want to teach, they don’t want to test their students, and that is part of what’s driving our teachers away from our classrooms,” Ingram said.

Ingram said he’s extended an invitation to Corcoran to attend its leadership meetings to help draft a plan to alleviate the teacher shortage.

“We know what [Corcoran’s] record is as the house speaker, and we also know what the ideology here has been for the last 20 years in the state of Florida — it has been corporate education reform, which we do not believe at the FEA is the way that we make our public schools better,” Ingram said.

Ingram said that although the FEA is open to “different pathways of education,” the union does not want to see the public school system replaced as “the cornerstone of democracy” by alternative forms of education like charter schools.