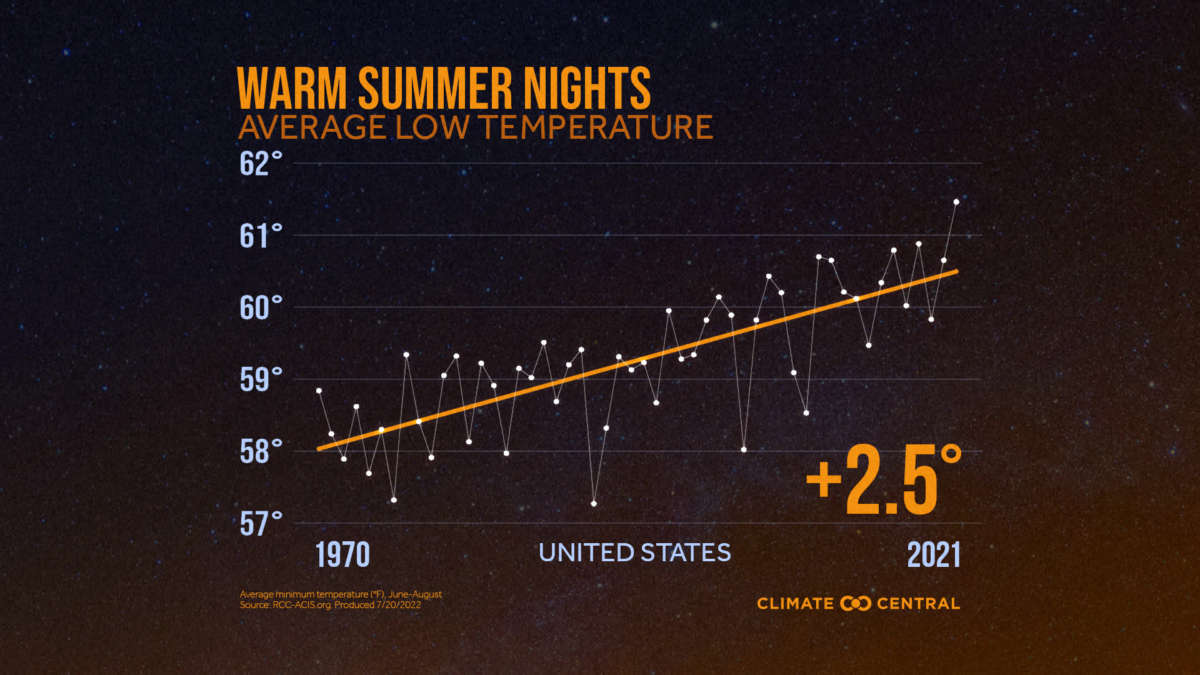 Warmer nighttime temperatures in Florida over the last five decades could mean a greater risk for heat-related illnesses. A Climate Central analysis finds that summer minimum temperatures overnight have warmed nearly twice as fast as the summer maximum temperatures during the day. Warmer nights come with not just higher health risks, but more expensive cooling costs.

Higher nighttime temperatures can be a major health risk, especially for vulnerable populations like young children, the elderly, and outdoor workers. When temperatures don’t drop very much overnight, people do not have the ability to recover from hot daytime temperatures. According to a 2016 report from the CDC, hotter overnight temperatures places strain on the body as the heart increases circulation to try and regulate the body’s temperature. The strain can
be made worse if someone is dehydrated.

Overall, the U.S. saw more heat related fatalities in 2021 than the 10-year and 30-year average of the last several decades.