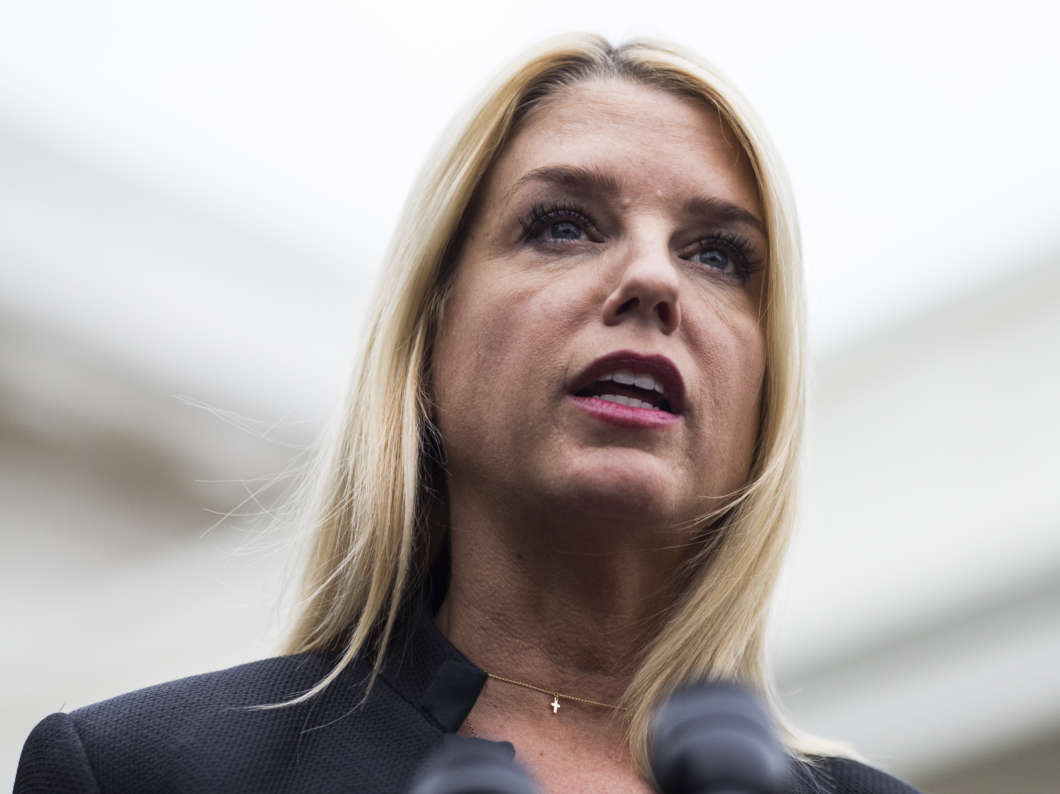 Florida is suing pharmacy chains Walgreens and CVS for their alleged “unconscionable” role in the state’s opioid crisis.

State Attorney General Pam Bondi’s office announced Friday that it had added the two companies to a lawsuit filed in May against opioid distributors and manufacturers — including OxyContin maker Purdue Pharma, Percocet maker Endo Pharmaceuticals and Teva Pharmaceutical, which is one of the world’s largest generic drug manufacturers.

Walgreens and CVS are two of the largest opioid distributors in Florida, according to the suit, which also names distributors AmerisourceBergen, Cardinal and McKesson.

In a press release, Bondi’s office says both Walgreens and CVS “failed in their duties under Florida law to stop suspicious orders of opioids they received” and that they “dispensed unreasonable quantities of opioids from their pharmacies.”

“We will continue to pursue those companies that played a role in creating the opioid crisis,” Bondi’s office said Friday. “Thousands of Floridians have suffered as a result of the actions of the defendants.”

In 2016, 2,798 Floridians died of opioid-related overdoses, according to the National Institute on Drug Abuse.

Florida law says pharmacists must refuse to dispense prescriptions they believe are not for an existing condition. Since 2006, Walgreens shipped billions of opioid dosages into the state and dispensed billions of dosages from its 820 Florida stores, according to the lawsuit.

“Walgreens agreed to pay $80 million to resolve a DEA investigation into inadequate recordkeeping and diversion related to opioids,” the lawsuit says. “According to the DEA, Walgreens’ Florida pharmacies each allegedly ordered more than one million dosage units of oxycodone in 2011 — more than ten times the average amount.”

The lawsuit also states that:

“According to public news reports, in Pasco County, ‘a Walgreens drug distribution center sold 2.2 million tablets to a single Walgreens’ pharmacy in tiny Hudson, a roughly six-month supply for each of its 12,000 residents.’ North of Jupiter, Florida, it shipped more than 1.1 million pills to each of two Fort Pierce Walgreens pharmacies.”

In regard to CVS, the lawsuit says that the company, which has 754 Florida stores, distributed more than 700 million dosages of opioids throughout the state between 2006 and 2014.

Like Walgreens, CVS also paid to resolve DEA allegations that its pharmacists were filling fake prescriptions for opioids and other drugs — in 2015, it agreed to pay $22 million to settle allegations involving stores in Sanford, Fla.

“Armed with knowledge of their own sales and shipments and industry-wide data, Defendants knew or should have known that the quantity of opioids being distributed in Florida far exceeds the medical need of Florida residents,” the lawsuit said.

A CVS spokesperson told NBC that the suit is “without merit.”

Florida’s lawsuit comes at a time when more than 1,000 state and local governments across the U.S. are pursuing civil cases against opioid makers and distributors. Last month, U.S. Magistrate Judge David Ruiz in Cleveland recommended that a major test case be allowed to move forward in federal court next year.

The so-called bellwether case involving Summit County and other Ohio communities could shape how opioid lawsuits are handled by courts nationwide. At least three state-level lawsuits are also expected to go to trial in 2019.

About 115 people die each day as a result of opioid overdose, according to the Centers for Disease Control and Prevention.