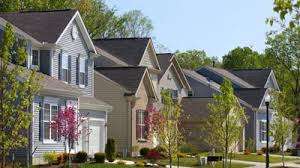 Photo courtesy the U.S. Department of Housing and Urban Development.

While Central Florida remains ground zero in the nation’s foreclosure crisis, new data from RealtyTrac show the number of foreclosures in the state continues to drop.

In the darkest days of 2008 and 2009 Florida saw more than 60,000 foreclosures a month. Now that’s down to around 20,000. That said, the Ocala and Lakeland metro areas are still grappling with some of the highest foreclosure rates in the nation, said RealtyTrac’s Daren Blomquist.

“Home prices have been slower to recover in central Florida. There’s more people who got into trouble during the housing bubble who haven’t recovered their equity and so there’s more likelihood of them falling into foreclosure,” said Blomquist.

Blomquist said it could take another decade for some housing markets to fully recover.