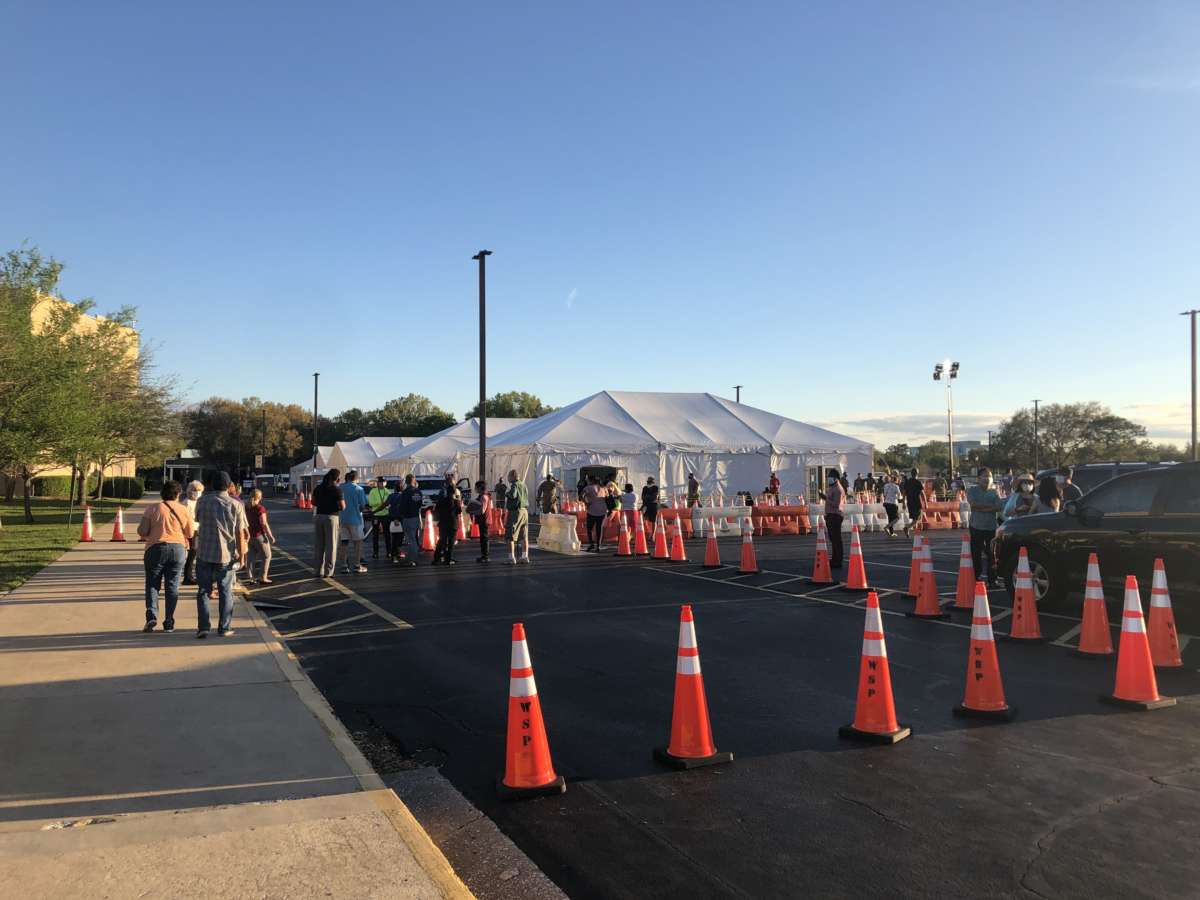 FEMA is operating a vaccine site at Valencia College in Orlando.

Florida had its best week yet for COVID-19 vaccines.

Florida did enough vaccines last week to average more than 100,000 doses per day. This is the first time the state has hit that bar, as vaccine distribution drops dramatically on weekends.

Additionally, FEMA will start operating two additional new popup vaccine sites in Orlando this week. One will be in Pine Hills from March 11 to the 14th, and the other will be in east Orlando starting next Sunday.

In addition to the main vaccination center at Valencia College, there will be two satellite sites starting this week:

The record numbers came the same week four federally-operated vaccine sites opened across the state in Tampa, Jacksonville, Miami and Orlando. And last week, Gov. Ron DeSantis relented to pressure and began allowing ALL K-12 personnel to get vaccinated, regardless of age. The state also began allowing medically vulnerable residents to get vaccinated with a doctor’s note.

Florida has given 75 percent of the 7.7 delivered by the federal government.

Florida is now averaging 5,111 new cases per day, according to data from Johns Hopkins University analyzed by NPR. That’s a 12 percent drop from the week prior – and less than half of Florida’s daily average from a month ago.

And the rate of deaths has finally started to drop as well. Florida averaged 118 deaths per day in the last week, a 22 percent drop compared to three weeks ago.

According to the most recent Florida profile from the U.S. Centers for Disease Control and Prevention, 12 Florida counties are in the red zone because of the percent of test results coming back positive. But none of those 12 counties are in Central Florida.