Florida sees one of worst outbreaks in history of meningococcal disease 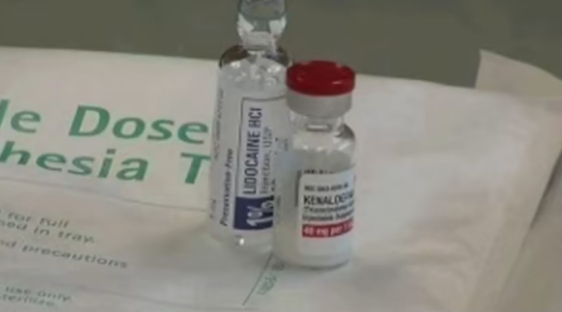 After seven gay and bisexual men have died in the state in the past six months. As LGBTQ pride events continue throughout the month, the CDC is urging people to get vaccinated against meningococcal disease.

The U.S. Centers for Disease Control and Prevention is investigating what it calls one of the worst outbreaks of meningococcal disease among gay and bisexual men in U.S. history, and urging vaccinations after at least seven people have died in Florida so far this year.

Meningococcal disease is caused by bacteria that is spread by sharing saliva, or being in prolonged close contact with someone who is coughing. Symptoms may include headache, fever, vomiting and stiff neck.

“In fact, some people can go from getting infected to dying within 24 hours so this is really serious and in general, we see in individuals who are untreated that about 70 percent can actually die from infection,” Roberts said.

Data from the Florida Department of Health shows that 46 people have been infected in the past six months.

The Orlando area has the largest number of cases, with 13. There have been four cases in Polk County and one in Hillsborough.

There have also been three cases in Broward, three in Miami Dade and two in Palm Beach County.

Anyone can get infected, but the seven deaths reported in Florida by the CDC Wednesday are all among gay and bisexual men.

With a large number of pride events scheduled throughout the month, CDC doctors are urging gay and bisexual men in Florida to get vaccinated against meningococcal disease.

“Because of the outbreak in Florida, and the number of Pride events being held across the state in coming weeks, it’s important that gay and bisexual men who live in Florida get vaccinated, and those traveling to Florida talk to their healthcare provider about getting a MenACWY (meningococcal bacteria A, C, W and Y) vaccine,” said José R. Romero, director of the National Center for Immunization and Respiratory Diseases.

The CDC is also emphasizing the importance of routine MenACWY vaccination for people with HIV, since they may face a higher risk of infection with meningococcal bacteria.