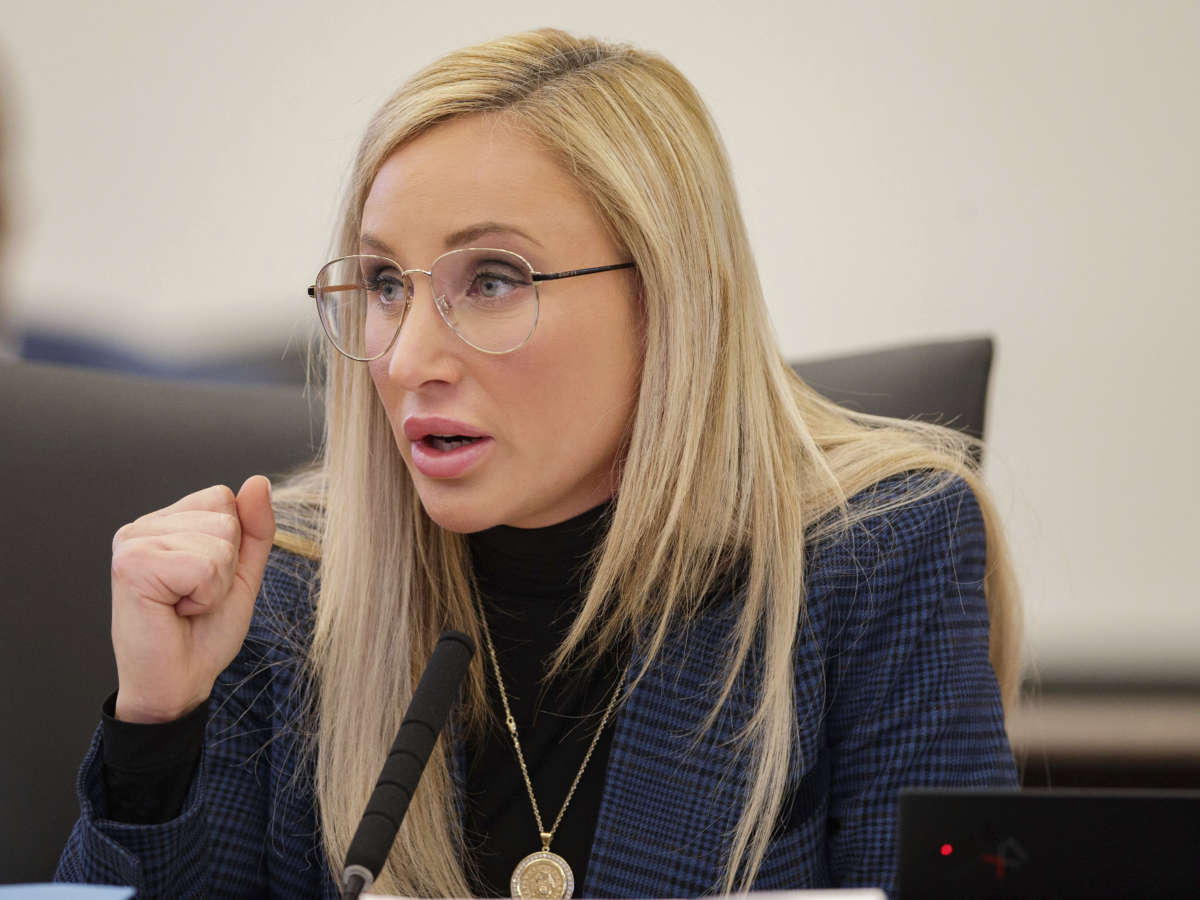 Democratic Sen. Lauren Book speaks in favor of her amendment to SB 146, a proposed abortion bill in the Florida Senate on Wednesday in Tallahassee, Fla.
Image credit: Alicia Devine

TALLAHASSEE, Fla. — Abortions after 15 weeks would be banned in Florida under a bill Republican senators sent to Gov. Ron DeSantis late on Thursday, capping a bitter debate in the statehouse as a looming U.S. Supreme Court decision may limit abortion rights in America.

DeSantis, a Republican, has previously signaled his support for the proposal and is expected to sign it into law.

“I want abortion to be legal, safe and accessible but I fear this bill moves us in the other direction, forcing women with means to travel out of state and those struggling economically to resort to potentially dangerous options,” said Sen. Lori Berman, a Democrat.

The measure comes as Republicans across the country move to tighten access to the procedure after the U.S. Supreme Court signaled it would uphold a similar 15-week abortion ban in Mississippi and potentially overturn Roe v. Wade. A decision in that case is expected later this year.

The Florida bill contains exceptions if the abortion is necessary to save a mother’s life, prevent serious injury to the mother or if the fetus has a fatal abnormality. The state currently allows abortions up to 24 weeks of pregnancy.

As the measure moved through the GOP-controlled statehouse, debates often grew emotional and revealing, with lawmakers recalling their own abortions and experiences with sexual assault.

This week, Sen. Lauren Book, a Democrat who turned the pain of being sexually abused by her nanny into a career of helping other survivors, tearfully revealed she was also drugged and raped by multiple men when she was a young teenager. She implored senators to allow exemptions for rape, incest or human trafficking.

“It’s not OK to force someone who’s been sexually assaulted and impregnated to carry that pregnancy to term if they don’t want too, it’s just not,” Book said. “And if a woman or a girl needs more than 15 weeks to decide, we should be able to give that to her.”

In a separate exchange from when the bill passed the GOP-controlled House last month, Republican Rep. Dana Trabulsy told lawmakers she previously had an abortion but has “regretted it everyday since.”

“This is the right to life and to give up life is unconscionable to me,” she said.

Republicans have often said the bill is reasonable because it is not a total ban on the procedure and still gives women enough time to consider whether to get an abortion, even in cases of rape, incest or trafficking.

“The only thing that we’re asking in this bill is that whatever decision you make, you do it before the 15 weeks,” said Republican Sen. Ileana Garcia.

GOP lawmakers in West Virginia and Arizona have also introduced similar 15-week abortion bans similar to the Mississippi law under review by the Supreme Court. Republicans in other states have modeled legislation after a law in Texas which effectively banned abortions after six weeks.

Before the vote on Thursday, White House officials hosted a roundtable discussion with abortion rights advocacy groups and Democratic state lawmakers about the Florida bill as well as Republican restrictions in other states. In a statement about the meeting, the White House said “In the face of these challenges, administration officials reiterated the administration’s commitment to exploring every option to protect reproductive health care.”