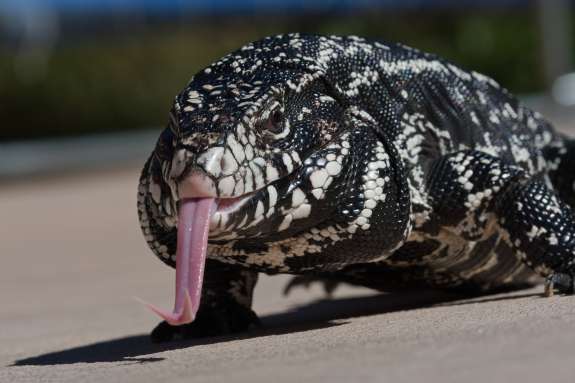 If you have an iguana, monkey or python that maybe shouldn’t be kept as the family pet, state wildlife officials will be more than happy to take them off your hands. The aim of the Exotic Pet Amnesty Program is to put these non-native animals in the state’s care, instead of being released into the wild.

Let’s say you’ve got Burmese python or an Argentine black and white tagu  you can’t care for anymore.

Those two particular reptiles are invasive species in south and central Florida and are posing a problem to native species.

Instead of releasing them into the wild, Fish and Wildlife coordinator Ashley Taylor wants you to bring them to her.

“People are able to bring any exotic animal like turtles, fish, mammals, and snakes – anything that’s not considered domestic and surrender it at the event from 10 a.m. to 2 p.m,” said Taylor.

Her exotic pet amnesty program takes those animals in and re-homes them with families who can properly care for them, no questions asked.

“It’s amnesty. You can come and surrender any animal, whether you have the permit or not. You won’t be penalized in any way,” said Taylor.

Since the program began in 2006, more than 23-hundred animals have been surrendered in Florida.