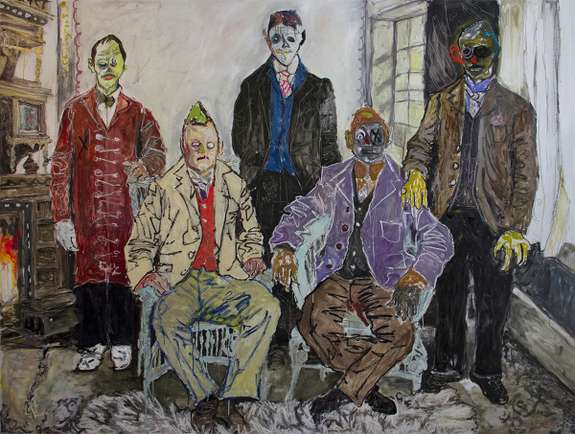 At a time when so much of the news is dismal, and we’re all inundated with it thanks to ever-present social media, the consolations of art are more important than ever. But what to do when our artists refuse to soothe us with pretty pictures?

This week, Orlando Museum of Art opens the second iteration of their Florida Prize in Contemporary Art. As it did last year, the invitational exhibition gathers 10 contemporary Florida artists to show their work; one will win a five-figure cash prize. But this year’s group is a more serious bunch. 2014’s show was a colorful riot throughout OMA’s galleries, and it was a lot of fun. The 2015 show – while no less visually delightful – grapples with weighty social issues.

From Antonia Wright’s disquieting performance art to Farley Aguilar’s gooey monsters, Nicolas Lobo’s coralline napalm sculptures to Rob Duarte’s almost-abstract drone-attack videos, these 10 artists engage with the chaos of the world, documenting their dread of it or celebrating their connection to it.

Plenty of that scary news is about Florida, after all. This show is often pretty, but never soothing.