Florida Patients Stranded By Ride Service Contracted By The State 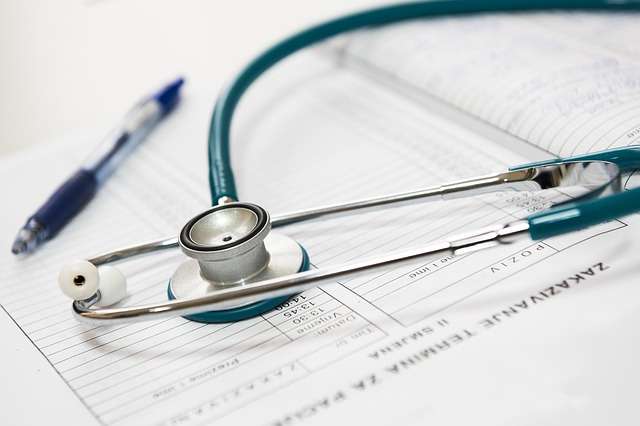 Imagine being stranded without a ride to the doctor or arriving hours late to medical appointments that your life literally depends on. Those are Florida patients’ most common grievances with a company the state pays to arrange medical transportation for people with disabilities.

Kathryn Grace has lived in Jacksonville’s Arlington neighborhood for more than 50 of her 76 years. She put herself through nursing school while raising a family and worked several jobs until two decades ago. Her life changed suddenly when someone ran a stop sign and slammed into her car, leaving her, for a long time, unable to walk.

To go any farther, she uses a large, motorized wheelchair. And she relies on a transportation service called LogistiCare to get to her many doctor and physical therapy appointments.

“I have a right to this service. It’s paid for by my Medicaid, and I should not be treated like this,” she said. “In fact, I think it’s illegal to abuse elderly people, and I definitely felt abused.”

Grace said after one dentist visit this summer, she was waiting at a closed shopping center after dark, when a LogistiCare representative told her by phone that no more rides were available that night.

“After it got pitch-black dark around 10:30 or whatever, I pushed the panic button on my phone — you know, the one where you say, ‘I’ve fallen and I can’t get up’? — and they called the police,” she said.

She got home around 1 a.m. after her granddaughter found someone with a truck big enough to carry her wheelchair.

Two-hundred miles away in Tampa, Alese Bodiford has cerebral palsy and kidney disease. She said cars with Logisticare logos, in addition to other Medicaid-covered ride services, have made her habitually late for regular specialist appointments at the University of South Florida. And, like Grace, she’s been forgotten.

“They just left me there … stranded. I just waited until somebody actually did come pick me up,” she said.

Late pickups and strandings made up the bulk of the 345 complaints Florida regulators received against LogistiCare in the first half of this year alone. That’s an average of roughly two received each day. State records show patients also complained about everything from drivers’ rudeness to physical assault.

Sharon Hoffmeyer with Northeast Florida’s Independent Living Resource Center said transportation issues are nothing new for her clients with disabilities.

“Often times those clients get bumped because the taxi company will get a fare that’s going to pay more money,” she said. “So they go pick up that fare and they leave the other rider basically stranded.”

LogistiCare Florida General Manager Robert Perez said his company coordinates 6 million annual trips in the state, and company records show only a tiny fraction of complaints — less than one-half of 1 percent — are substantiated.

“What we do here in Florida — and I’m sure they do throughout the country — is that we deal with that swiftly if it is a substantial complaint that’s verified,” he said.

Perez said not all complainants have been verified to be LogistiCare members. For example, a search for Alese Bodiford’s name in the company system comes up empty, he said.

Hard To Measure Scope Of Issues

Florida healthcare regulators would not say how many of this year’s complaints they’ve verified. Their quoted public-records cost for six months’ worth of full complaint details and judgments is nearly $4,000.

But a spokeswoman with the Agency for Health Care Administration said every complaint is investigated thoroughly, whether it’s received online or over the phone.

“[AHCA] works to resolve issues and provide immediate assistance to recipients when needed,” spokeswoman Mallory McManus wrote in an email. “If the Agency determines that a managed-care plan or fee-for-service vendor has failed to comply with its contract, we will take the appropriate contractual enforcement action against the offending contractor.”

In addition to filing complaints with AHCA, patients can also lodge grievances with LogistiCare directly. The company must turn those over to regulators, but the 345 complaints from the first half of 2017 do not include those reported to LogistiCare alone.

Problems In Other States

After public outcry, Connecticut put its Medicaid-transportation contract out for bid, before eventually renewing its relationship with LogistiCare. And large volumes of complaints have also been recorded in Michigan and in California, where patients sued the company, as the Los Angeles Times reported.  At plaintiffs’ request, that lawsuit was recorded as dismissed on Aug. 21.

Attorney David Kane with Neighborhood Legal Services of L.A. County said, “The case against LogistiCare was voluntarily dismissed by the plaintiffs without prejudice so, further legal action is not precluded. Our office continues to receive daily complaints from patients suffering harm due to LogistiCare’s ongoing negligent business practices. We will continue to protect our clients’ rights through the available legal avenues until our clients receive the safe, timely and reliable medical transportation they need and the law requires.”

Meanwhile, Florida last year renewed its contract with LogistiCare, worth more than $20 million, to run through 2019.

Clarification: This story has been updated to reflect that LogistiCare says Alese Bodiford has not been a registered user of the company’s service, nor is her information in the company’s system.

Updated 8/28: This story was updated to include the statement from attorney David Kane.