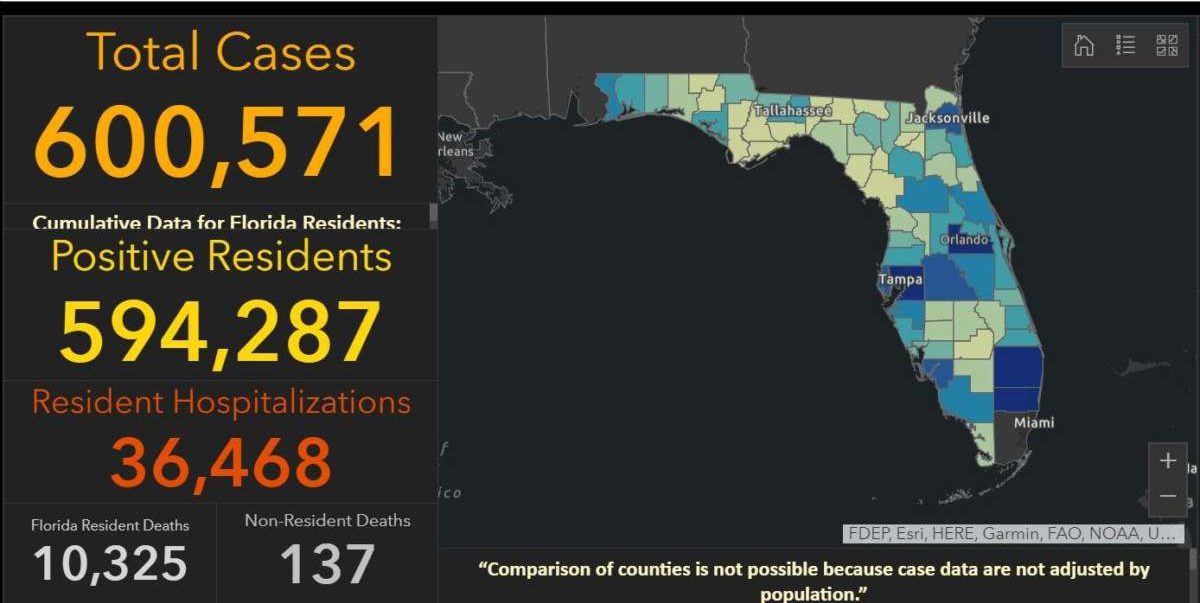 The number of cases of coronavirus in Florida surpassed 600,000 on Sunday, an increase of 100,000 in just over two weeks.

A total of 2,974 of the 53,856 tests the Florida Department of Health reported Sunday were positive. It was August 5 when the state reported that the number of cases of COVID-19 passed the half million mark.

Only the state of California has passed the milestone of 600,000 cases.

The World Health Organization recommends that states maintain a positivity rate of 5% or less for 14 consecutive days before reopening.

The Department of Health also reported Sunday the deaths of 51 more people, bring the total number of lives lost so far to 10,462. While reported Sunday, those deaths may have happened days or weeks earlier, according to the health department.

The Florida Department of Health produces a daily update around 11 a.m. with information about COVID-19 cases and deaths that were reported over the previous 24 hours. Cases and deaths in the report may have happened days or weeks earlier, according to state officials. The state separately tracks cases and deaths that occurred on specific days on its dashboard and those totals are frequently updated.