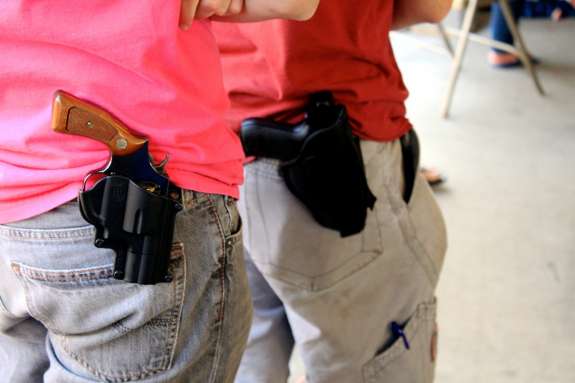 Open carry at a Free State Project meeting in Lancaster, New Hampshire in 2009.

A Florida open-carry firearms case may end up before the Florida Supreme Court. An appeals court yesterday upheld a law that bans Floridians from openly carrying firearms for self-defense.

A 4th District Court of Appeal panel found the Legislature can restrict how guns are carried in public. The case revolves around Dale Norman who’s challenging the constitutionality of the law. He was arrested in Fort Pierce in 2012 for openly carrying a handgun in a holster.

“The initial step in that is for us to file a motion for rehearing with the court and we’re pointing out several legal and technical deficiencies in the order,” said Caranna. “One of the good things the court did is recognize there is this right to bear arms outside the home.”

Caranna believes the case will eventually end up before the Florida Supreme Court.