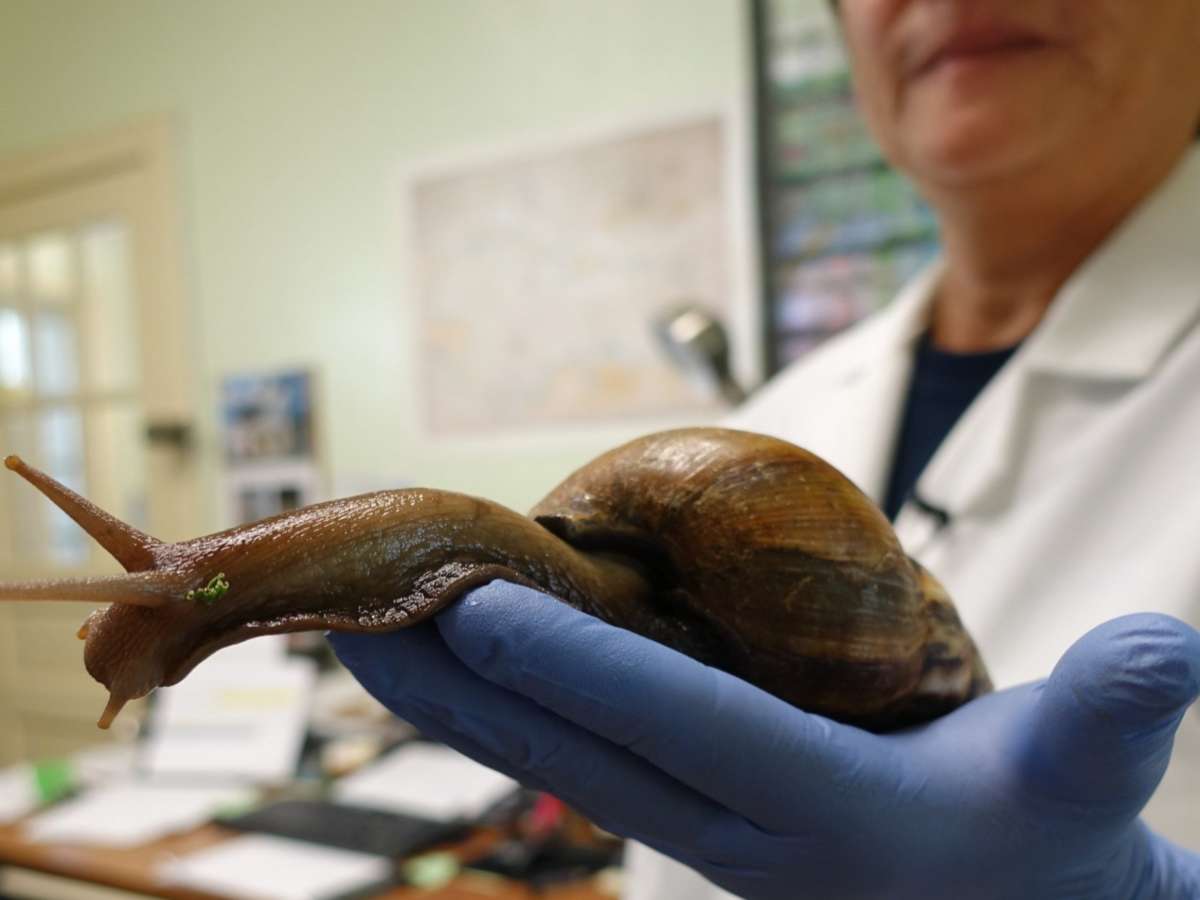 Scientist Mary Yong Cong holds one of the Giant African Snails she keeps in her lab in Miami, on July 17, 2015
Image credit: Kerry Sheridan

Once again, Florida plans to eradicate the giant African land snail, which the U.S. Department of Agriculture calls “one of the most damaging snails in the world.”

It’s a “highly invasive agricultural pest” that can feed on over 500 types of plants, USDA says.

“These snails could be devastating to Florida agriculture and natural areas as they cause extensive damage to tropical and subtropical environments,” the Florida Department of Agriculture and Consumer Services says.

The species has been eradicated in Florida twice before — in 1975 and 2021. It costs millions of dollars to get rid of them.

The snail is a native to Africa and “they are considered serious agricultural pests in the United States.” In addition, they carry a rat lungworm, which is a parasite that causes meningitis in humans. And when they don’t consume enough calcium from the soil, they munch through plaster and stucco structures.

In 2018, Florida’s agriculture commissioner described the snails as a “triple threat” because of their potential harm to human health, the environment and the agriculture.

The snail reproduces about 1,200 eggs in a single year, USDA says. They can grow up to eight inches in length and nearly five inches in diameter — “about the size of an average adult fist,” the department says.

The Florida Department of Agriculture and Consumer Services (FDACS) has outlined a quarantine zone in Pasco County.

FDACS said its Division of Plant Industry would start a treatment “for this detrimental pest” on Wednesday, by using a pesticide to slow the snails’ movement and food digestion.

These types of snails are illegal to distribute, sell, and ship across state lines. If you see a giant African snail, officials are asking you to call your state department of agriculture or USDA’s Animal and Plant Health Inspection Service office in your State.