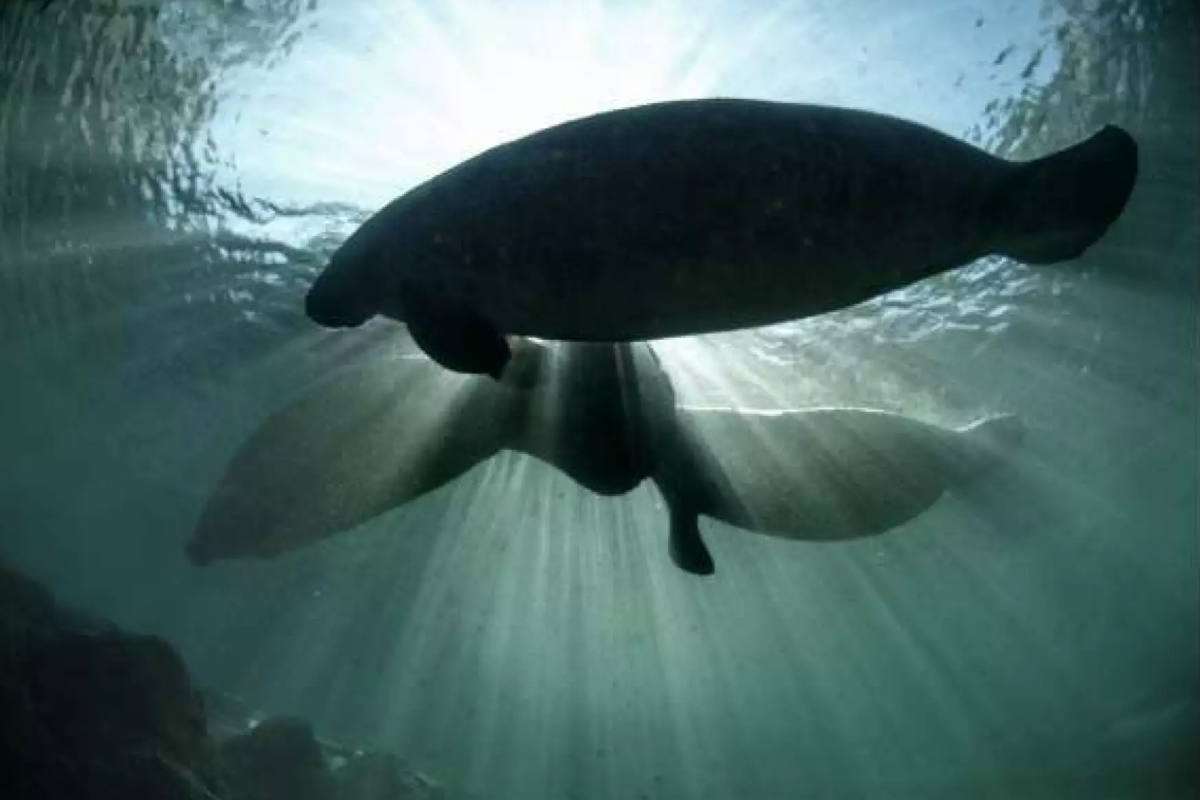 Scientists say a chemical commonly used to kill weeds is increasingly being found in the blood of Florida’s threatened manatees. The concentration of glyphosate detected in their systems has increased from 2009 to 2019.

A group of Florida scientists published a study that shows the state’s manatees are chronically exposed to a chemical in herbicides, like Roundup. The research concluded that the constant contact could affect the immune and urinary systems of manatees.

The weed killer glyphosate was originally thought to be short lived and dissipate quickly after use in the environment, but 55.8% of the 105 manatees tested had the compound in their plasma. The sea cows were tested in Brevard and Citrus counties and near the Georgia border.

Jaclyn Lopez, with the Center for Biological Diversity, said this is alarming because manatees are already facing other threats — including boat strikes, starvation and loss of warm water refuge.

“Glyphosate does impact mammals. It impacts them neurologically. It impacts their liver. And so, the concern is that they could be acting in concert with all these other threats to be reducing the likelihood of their survival,” she said.

The Florida Fish and Wildlife Conservation Commission recently reported that since early December, more than 500 manatees have died along Florida’s east coast — mainly in Brevard and Broward counties — due to starvation from loss of sea grass.

A press release from the Center for Biological Diversity states that “glyphosate is the most widely used herbicide, with about 280 million pounds a year used across 285 million acres in agriculture alone.”

Concentrations of the weed killer were also found in the Caloosahatchee and St. Lucie rivers and Everglades Agricultural Area stormwater treatment areas. Levels were significantly higher before and during sugarcane harvesting, when glyphosate is more likely to be applied, than after harvest.

Researchers concluded that the amount of glyphosate sprayed by the FWC to control aquatic weeds in Lake Okeechobee exceeded the sample waters, reaching up to 10,000 kilograms per year. Then the Lake O discharges from the Army Corps of Engineers resulted in the high concentrations of glyphosate in the Caloosahatchee and St. Lucie rivers.

The study also discovered that manatees were exposed to glyphosate in non-agricultural areas, like Crystal River, and that exposure was higher during winter, when manatees depend on the warm water refuge.

“I think that the bigger message, to me anyway, is that glyphosate was found in all of the water bodies, regardless of where you were looking for them,” Lopez said.

In other nations, the compound is treated as toxic and banned, but Lopez said the U.S. Environmental Protection Agency continues to authorize its use.

“Most recently, the EPA was required to consult with the Fish and Wildlife Service for the impacts of applying glyphosate throughout the United States,” she said. “And as to the manatee, it said, ‘well we don’t have very much information about exposure.’ This was prior to the study coming out. ‘But we do think that it’s likely to adversely affect the manatee.’”

The EPA said the herbicide was likely to also affect 93% of all listed species and 96% of critical habitats. Lopez said this signals we should be thinking differently about how we’re using chemicals like this.

“The lesson is that when it rains, it washes all that into our water systems and any animals that might be relying on that habitat are being impacted,” she said.