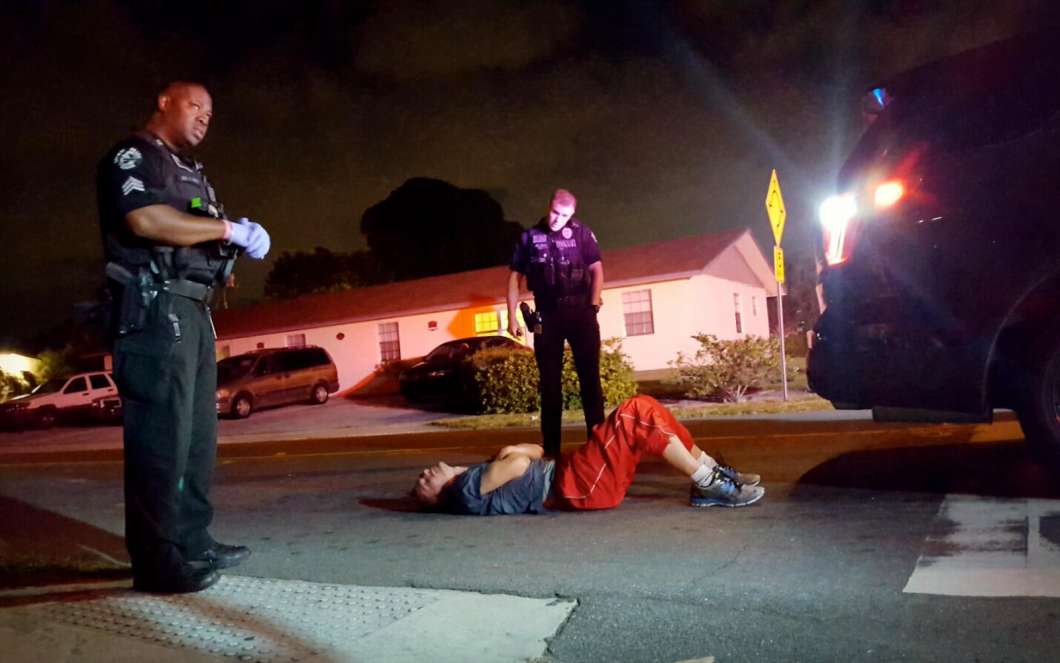 A man convulses in the street from a heroin overdose two blocks away from the Delray Beach Police Station. (Peter Hayden, WLRN)

The drug overdose epidemic has killed thousands in Florida and Governor Rick Scott is looking for answers.

The Department of Children and Families, the Department of Health and The Department of Law Enforcement will host the workshops in Palm Beach, Manatee, Orange and Duval counties. The agencies want to know specifically what the communities need to fight the problem. They will be looking for information on existing resources and best practices.

Scott has been criticized for not declaring a public health emergency for the opioid problem, like he did for Ebola in 2014 and Zika last year. The Florida Legislature is considering bills to help fight the state’s opioid abuse problem.

Members of the House passed a bill strengthening the state’s role in prosecuting criminal and regulatory violations at drug treatment facilities, known as sober homes. Another bill would add fentanyl and other synthetic drugs to the state’s drug trafficking offense.

Next week’s workshops will be held: