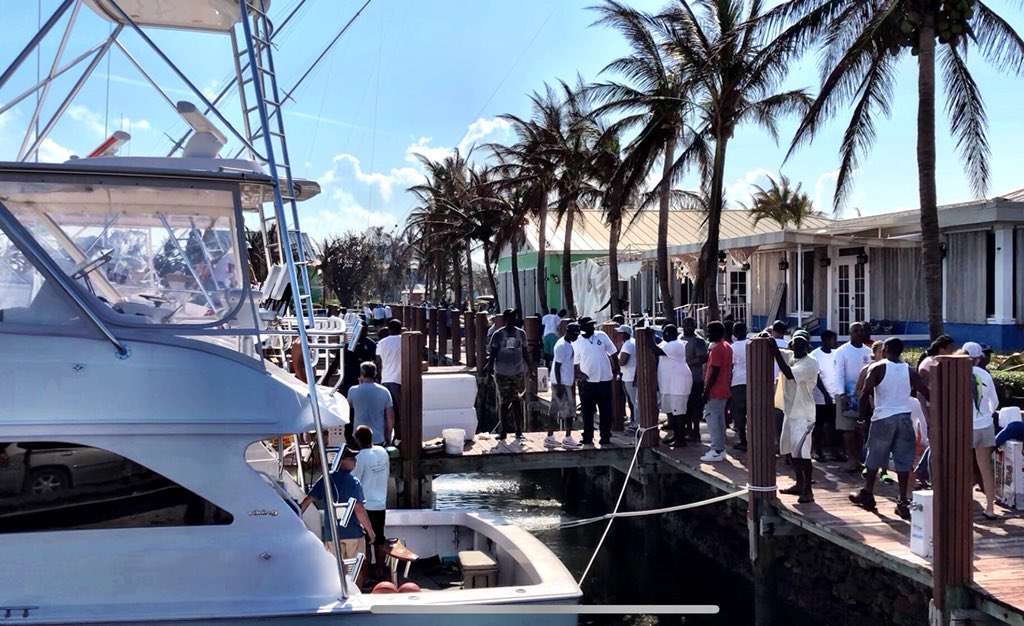 Hurricane Dorian has left parts of the Bahamas uninhabitable. Bahamian armed forces and other rescue workers are searching for the missing in Abaco Island which bore the brunt of the Category 5 storm. A flotilla of boats and planes are ferrying survivors off the worst-hit parts of the Bahamas.

90.7’s Matthew Peddie spoke with Orlando Sentinel reporter Chabeli Herrera, who went to the Bahamas on a cruise ship taking supplies for the stricken islands, and Paul Brinkmann, a reporter for United Press International who rode along with a group of volunteers who shipped supplies over on their fishing boat.

Royal Caribbean was the first cruise line to step in and provide aid. Herrera was on one of its ships that was already scheduled to make a stop at the Bahamas but diverted its route to arrive at Freeport in the early morning. There, crews dropped off 100,000 meals prepared by the crew and picked up 261 evacuees that would be transported to Nassau.

The biggest issue she saw was how peoples’ perception of the island can negatively influence its recovery. Aside from being a frequent stop for cruise lines, most cruise operators actually have private islands in the Bahamas near the areas that were hit the hardest.

“It’s people not being aware that only two islands in a 700 island archipelago were hit, Grand Bahama and Abaco,” says Herrera. “They’re really trying to get the message out quickly that the Bahamas is still open, you can still come and visit and it was only these two islands that were severely impacted.”

The majority of Bahamian islands remain in functioning condition and are desperate to get that message out. Tourism accounts for more than 50 percent of the GPD in the Bahamas. The money received from tourism will expedite recovery efforts.

Paul Brinkmann had a similar experience with a group of fisherman that partnered with the National Association of the Bahamas in Miami. The fisherman worked with the Coast Guard and the Bahamian government to put together about 30 boats that would travel to the Islands and bring additional aid.  In addition to the hurricane itself, Brinkmann says islanders now have to contend with the environmental effects brought on by the hurricane.

The fishermen’s greatest concerns were navigating to the island because there was a strong possibility that cars and cargo containers were swept into the sea and could cause damage to navigating boats. They ended up traveling to West End community in Grand Bahama Island, which didn’t receive the worst of the storm but became a staging point for people to travel to and drop off relief supplies.

“We went to the West End community of Grand Bahama Island which was actually the only part of the island that did not get the worst of the hurricane,” Brinkmann says. “West End did get storm surge and because storm surge is seawater and the grass, trees and landscaping cannot tolerate seawater, everything was pretty much dead or dying and rotting.”