Florida leads the nation in Obamacare enrollment on five-year anniversary 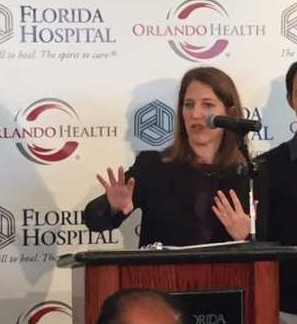 Obamacare turned five this week, and Florida leads the nation in the number of consumers buying health insurance.

And that number could grow because of tax season.

If you didn’t buy health insurance off the federal marketplace for this year, it’s too late to buy coverage. Kind of.

If you file your taxes and realized you have to pay a penalty for not having insurance last year, you can go ahead and sign up and save yourself the penalty in 2016.

That may boost enrollment figures in Florida, which leads the nation in the number of people signing up.

“We are seeing some real interest from consumers that simply did not know that they were subject to a fee and are trying to avoid that scenario for next year,” said Pamela Roshell with the U.S. Department of Health and Human Services.

A new federal report on the anniversary says Florida is losing $8.9 billion and 71,000 jobs by not expanding Medicaid.

Even without expansion, Florida’s uninsured rate has dropped to 18 percent from 22 percent and Florida leads the nation in new signups for health insurance.

“And 72 percent of consumers in the Florida market were able to obtain coverage for $100 or less per month,” Roshell said.

Miami led the state in new signups, while Orlando was the second largest market in Florida for new signups.