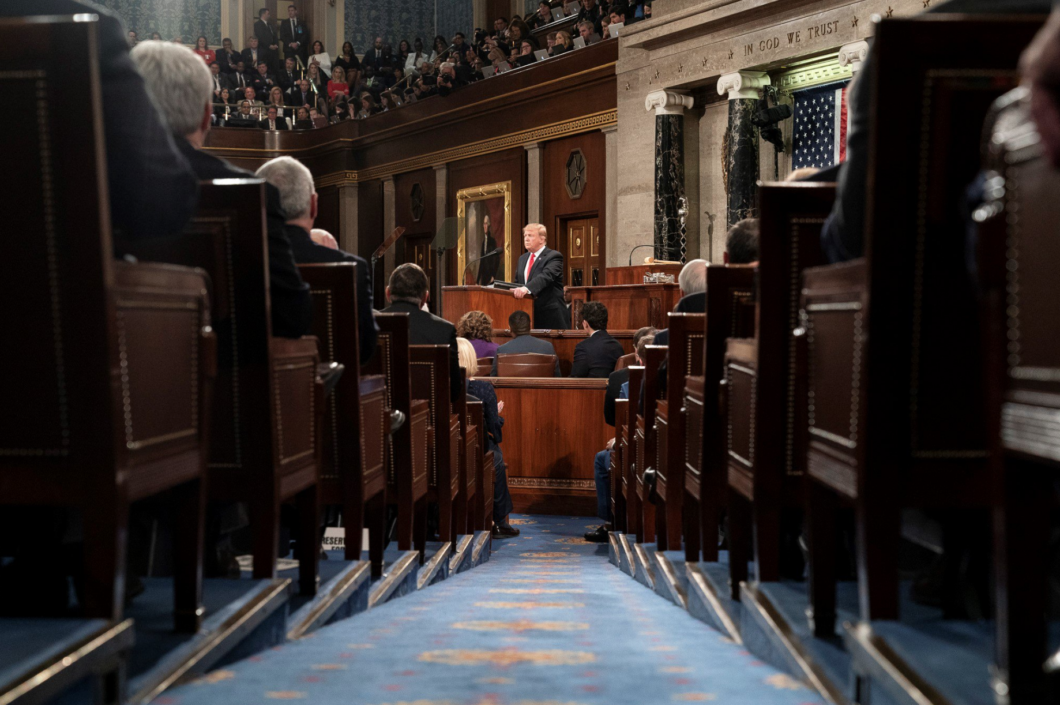 During the 35-day-long shutdown that ended in January, 800,000 federal workers and even more contractors went without pay. Photo: The White House Twitter

The President referred to bipartisan efforts during the last Congress which resulted in new opioid legislation, a Farm Bill, and Veterans’ Administration reform, but Florida leaders say they aren’t sure what that compromise will look like when it comes to security at the border.

Democratic Congresswoman Val Demings says she only heard the President calling for a wall-a provision her party won’t agree to.

While Republican Congressman Ted Yoho says the President’s call for border security is more comprehensive than just a barrier, which is why some Democrats already support it.

“He talked about beefing up security at legal ports of entries. He also talked about putting physical barriers where some of it’s coming in. Putting more people on the ground. Reforming the judiciary system, the immigration judges. And you know it’s got to be all of the above.”

Both sides can agree the President didn’t say anything in his address about whether there will be another shutdown which could happen later this month if Congress can’t agree on border spending.

Democratic Congresswoman Val Demings said she was concerned that the President didn’t speak about the very real struggle of federal workers during the shutdown.

“The President did not mention the 800,000 government employees who just went through the horror of the government being shutdown and not receiving two paychecks. And they’re also terrified about what could possibly happen on February 15. You know, is the government going to shutdown again?”

Demings brought TSA agent Ralph Velez with her to the speech. He was a furloughed government employee at Orlando International Airport who went without a paycheck during the shutdown.

Republican Congressman Ted Yoho agreed that it’s not clear whether there will be another shutdown, but he is sure there will be some kind of barrier.

“That I can’t predict but I know there will be a barrier. He will get a law. He can redirect money out of the defense. But we shouldn’t do it that way. We should come together and negotiate.”

During the 35-day-long shutdown that ended in January, 800,000 federal workers and even more contractors went without pay.