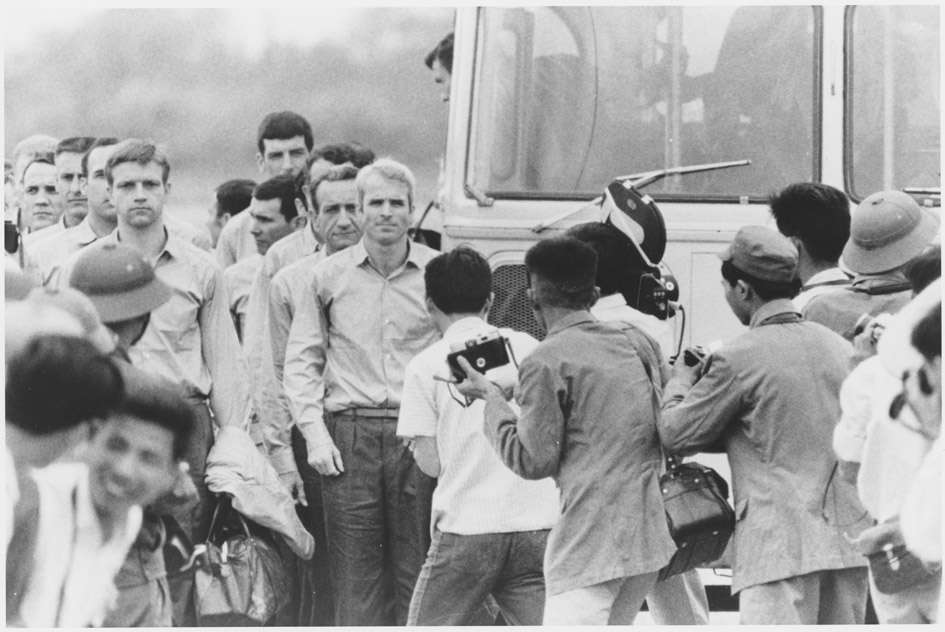 Photograph: McCain waiting for the rest of the group to leave the bus at airport after being released as POW. Photo: US Department of Defense

Florida lawmakers on both sides of the aisle are paying tribute to Senator John McCain (R- Ariz). McCain died Saturday at the age of 81. He had been fighting brain cancer for more than a year.

Sen. Marco Rubio (R- Fl) said McCain “set the standard for what we should expect from our soldiers and public servants of all levels.”

Speaking to reporters in Orlando Sunday, Sen. Bill Nelson (D- Fl) said McCain will be missed as a role model in politics and government.

“John had this famous temper, and he would blow his stack and you’d hate to be on the wrong side of it,”said Nelson.

“But the next day, if he had been wrong he’d apologize, and you always knew that the mutual love between you and John was always there.”

Nelson said McCain lived by the motto ‘duty, honor, country’, as shown by his time as a prisoner of war in Vietnam.

“He knew that he was not to be the first one to go home,” said Nelson.

“He stayed back until everybody was released. Just think of that courage. Where do we see that courage today?”

McCain will lie in state at the Arizona and US Capitols. He’ll be buried at the US Naval Academy cemetery in Annapolis.