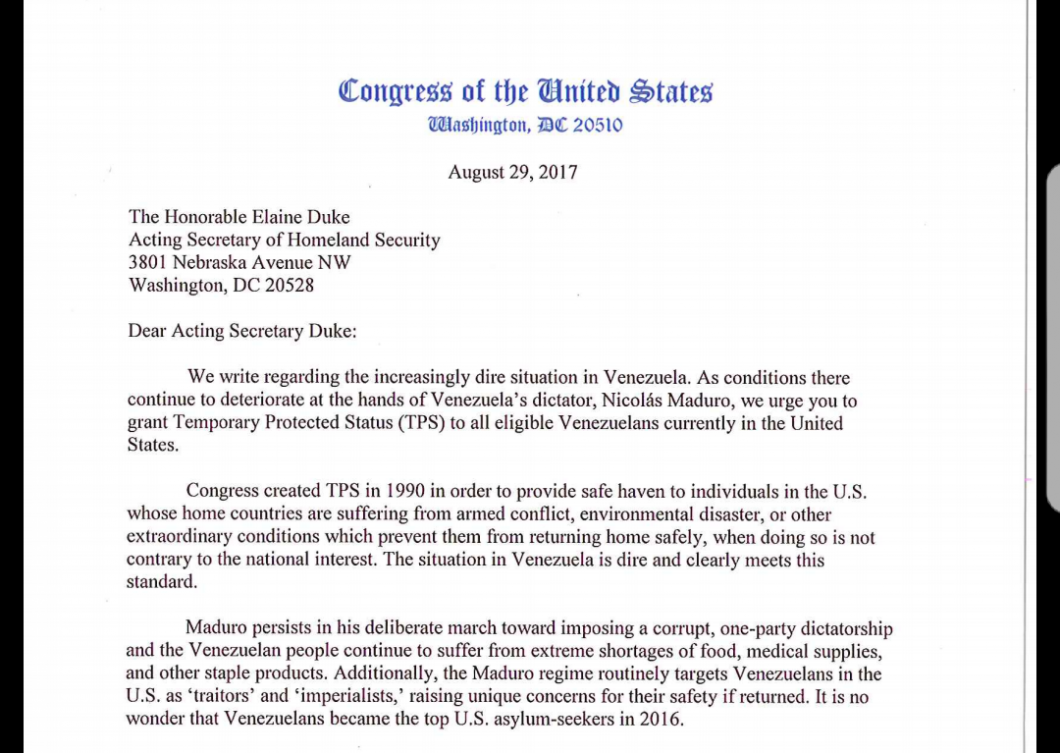 Nearly two dozen lawmakers across the nation are calling on the federal government to grant Temporary Protected Status, or TPS, to Venezuelans in the U.S. Several Florida lawmakers signed a letter in favor of providing safe haven to Venezuelans fleeing the dire situation at home.

The letter was sent Tuesday to acting secretary of the Department of Homeland Security, Elaine Duke. Senator Bill Nelson and Congresswomen Val Demings and Stephanie Murphy are among those who signed the letter. It says Venezuelan President Nicolás Maduro persists in his quote “deliberate march toward imposing a corrupt, one –party dictatorship” and that the Venezuelan people continue to suffer from extreme shortages of food, medical supplies and other staples.

It also says the Maduro regime targets Venezuelans in the U.S. as traitors– raising safety concerns if they return. Orlandoan Mariana Ordaz is a U.S. citizen. Her family emigrated here when she was 2 years old. She said many people who came here are doctors, engineers, lawyers, and teachers who exercised what they thought was free speech and signed lists denouncing the government and that caused them to lose their jobs.

“Sending them back is a near certain death, there’s no employment and the government knows that this person is against the government,” said Ordaz.

In March, Senator Marco Rubio sent his own letter to the State Department and Homeland Security urging the nation to grant TPS to Venezuelans.