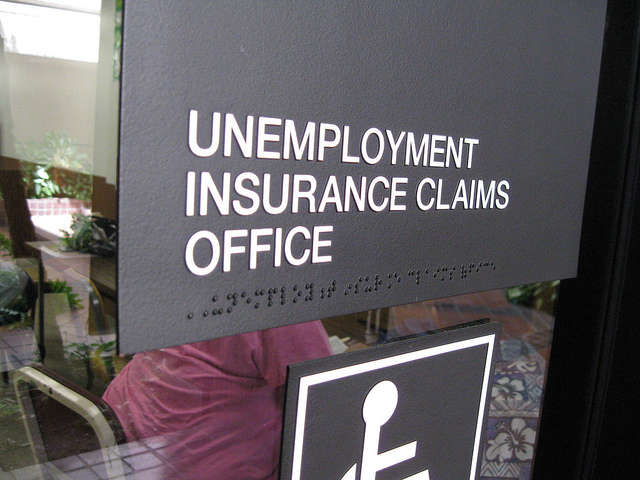 MIAMI (AP) — Reflecting on her assault 12 years ago, 41-year-old Wanda Gomez said she did not know if she was going to make it out alive. She had been stabbed multiple times by an angry ex-boyfriend, she said.

Her attacker, who was also a co-worker, had been kicked out of her home after he was accused of sexually assaulting Gomez’s school-age daughter. With her assailant at large, authorities advised Gomez, a mother of seven who made $13 an hour as a demolition worker, to leave her home and quit her job out of concerns for her safety.

“You don’t have many choices,” said Gomez, who was placed in a shelter and later transitional housing roughly 30 miles (about 50 kilometers) away from her home in Miami due to her lack of financial resources. “It’s between your life or your job.”
Gomez is one of the many women across the U.S. who are forced to quit jobs due to domestic violence. Survivors of domestic violence qualify for unemployment benefits in 41 states. But in Florida – which averages more than 117,000 reported cases of domestic violence per year – there is no such compensation.

That could change soon under a bill being considered by the Florida Legislature that would provide a financial safety net to victims in need.

The bill, which has support in the House and Senate, would add victims of domestic violence to those eligible to receive benefits under the current unemployment law. Victims would receive compensation for a period up to 12 weeks.

Victims would need to prove that they voluntarily left their job as a direct result of domestic violence. It would also require victims to demonstrate that a reasonable effort was made to maintain their employment, such as requesting to be transferred to another location.

The legislation, proposed by Democratic lawmakers Rep. Dotie Joseph of Miami and Sen. Audrey Gibson of Jacksonville, would have a limited impact on private business owners. Funds to pay for the measure would pool from taxes employers pay per employee.

“It cost practically nothing to fix a problem that will have a huge impact on those that need it,” Joseph said to a House Committee. “It is my sincere prayer that no one has to use this law, but if, God forbid, they do, we have a little help for them.”

The bill also calls for measures to make workplaces safer. More than half of female victims are harassed by partners while at work, according to the Women’s Legal Defense and Education Fund.

In 2010, an armed man killed his wife and three female co-workers, wounding three others at a Miami-area restaurant.
“You really don’t want the violent partner showing up in the workplace,” said Joseph.

Compensation is the difference between “life and death” for survivors, she added.

Miami-area victims in particular are increasingly finding themselves hostage in abusive relationships due to low wages and rising rents, said Jasmen Rodgers, who works at the center.

Tethered by her inability to work, Gomez said her abusive relationship caused her to lose everything. Physicians diagnosed her with post-traumatic stress disorder, and her children were placed in foster care by the state.

“I’d wake up screaming,” said Gomez. “I saw him everywhere.”

It took her three years to regain stability and put her family back together. She now works as a parking lot attendant in Miami and advocates for social causes as a Spanish-language community radio host.

Gomez, who is in favor of the bill, said victims are merely in need of a bit of assistance during a time of crisis.

“Unemployment is not going to be for life,” she said. “It’s for a short term that you can (use) to get (your life) back together and find another job.”