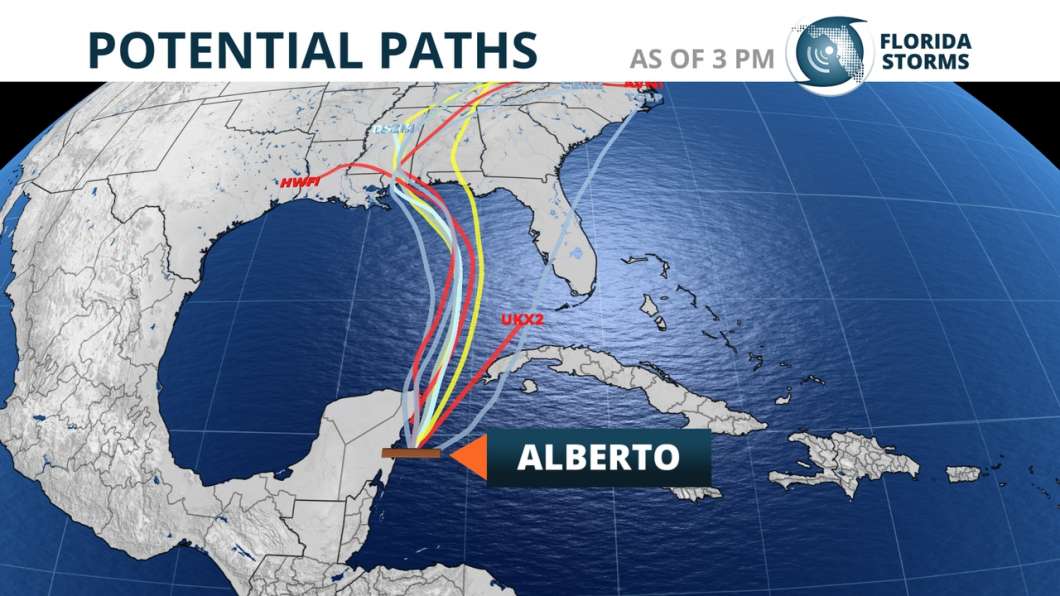 Subtropical Storm Alberto could produce tropical storm force winds, minor storm surge, and inland flooding along portions of the Florida Gulf Coast Sunday and Monday. Locations near Pensacola to Panama City are most likely to experience these conditions, but the potential hazards from this storm also include coastal regions as far south as Naples.

As of the 11 am advisory from the National Hurricane Center, Sub-Tropical Storm Alberto was located 60 miles south of Cozumel, Mexico. Maximum sustained winds were only near 40 mph, but they extended 115 miles from the center.

Alberto is slowly moving north and is expected to reach the Gulf of Mexico by Saturday night. Environmental conditions are conducive for Alberto to strengthen into a formidable tropical storm as it slowly drifts into the southeastern Gulf. By Monday, it is forecast to make a turn to the northwest and approach the north-central Gulf Coast where it could make landfall Monday night.