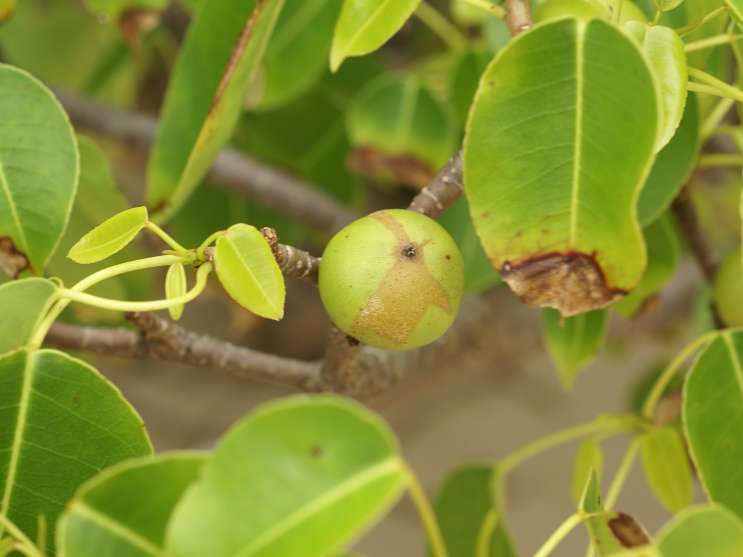 The manchineel tree is native to Florida. It's expected to be named "the world's most dangerous tree" by the Guinness Book of World Records for the sixth year in a row.

It’s not just alligators that can kill you in Florida. Turns out the plants can, too.

The 2017 Guinness Book of World Records comes out this summer, and it looks like a tree native to Florida will take the title of “world’s most dangerous tree” for the sixth year in a row.

It sounds a bit like the poison apple featured in more than a few fairy tales – Spanish conquistadors dubbed the fruit of Florida’s manchineel tree the “manzanita de la muerte,” meaning “the little apple of death.” One bite can cause abdominal pain, vomiting, bleeding, digestive tract damage, or possibly kill you.

Contact with tree sap can cause a breakout of blisters, even if it’s diluted with rainwater.

While its reputation keeps many away, some have found use for its wood in carpentry and used parts of the tree as medicine, too.

But don’t burn that manchineel bookcase. The smoke could blind you.

In addition to Florida, the tree grows in the Caribbean and in Central America.