Florida Is Blocking Money From 2 School Districts Over Mask Mandates, Defying A Judge 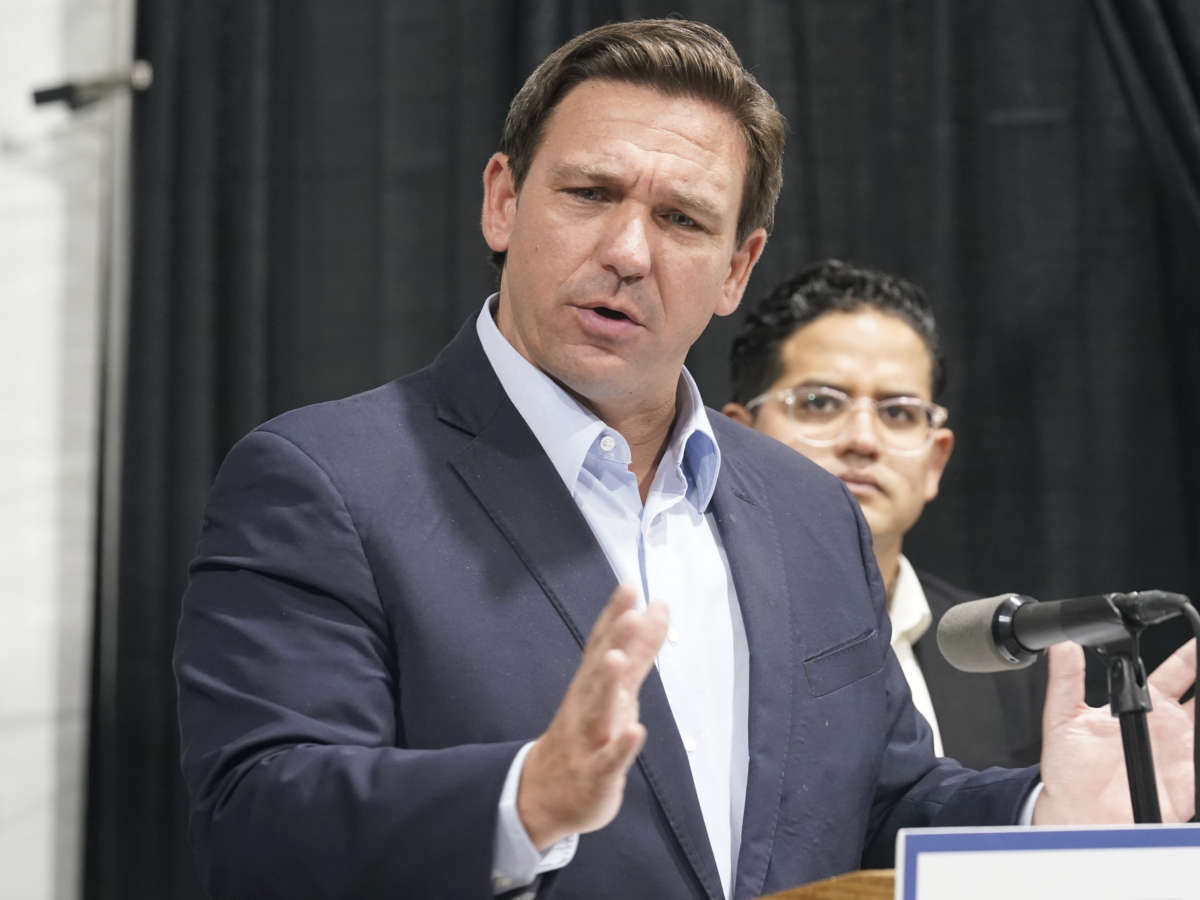 Despite a judge’s ruling on Friday declaring that the Florida governor’s ban on mask mandates in schools is unconstitutional, the State Board of Education has forged ahead with its threat to withhold school board members salaries in districts that require the face coverings in classrooms.

Commissioner of Education Richard Corcoran announced that school board members in Alachua and Broward counties will not be getting paychecks from the department of education this month, saying their mandatory face mask policies violate parental rights. The board will hold onto the funds until each school board complies with Gov. Ron DeSantis’ now overturned executive order.

“What’s unacceptable is the politicians who have raised their right hands and pledged, under oath, to uphold the Constitution but are not doing so. Simply said, elected officials cannot pick and choose what laws they want to follow,” Corcoran stated.

It’s unclear if others counties will be penalized

Local reports indicate that several other school districts have implemented mask mandates, including Orange, Duval, Miami-Dade, Hillsborough, Sarasota, Palm Beach, Indian River and Leon Counties. It is unclear whether school board members in those counties will also have their pay withheld.

The bitter fight is playing out as a rash of COVID-19 infections sweeps across Florida, including among children who are not eligible for vaccination. On Monday, officials reported 18,608 new cases.

DeSantis’s opposition stems from the lack of parental control. He argues that under existing Florida law, parents must be free to opt-out of student mask requirements. However, the rules in place in Alachua and Broward counties only allow for a medical exemption from a doctor.

DeSantis, who barred the mask mandates on July 30, warned that “there will be consequences” for districts that defied the ban.

But on Friday, following a four-day trial, Judge John Cooper ruled in favor of parents who sued, arguing DeSantis overstepped his authority in forbidding the face covering requirement and said it cannot be enforced. He noted that face mask mandates that follow guidance from the Centers for Disease Control and Prevention are “reasonable and consistent with the best scientific and medical opinion in this country.”

Cooper also added that DeSantis’ order “is without legal authority.”

DeSantis is appealing the decision and on Monday called Cooper’s ruling “obviously problematic.”

The decision to withhold funding from Alachua and Broward could open the state up to further legal troubles.

On Monday, the Department of Education’s Office of Civil Rights announced it had launched an investigation into five states “exploring whether statewide prohibitions on universal indoor masking discriminate against students with disabilities.”

At the time, the OCR said it had refrained from opening investigations in Florida, Texas, Arkansas or Arizona “because those states’ bans on universal indoor masking are not currently being enforced as a result of court orders or other state actions.”

However, officials said they would continue to monitor those states and take action “if state leaders prevent local schools or districts from implementing universal indoor masking or if the current court decisions were to be reversed.”

It is unclear if Florida’s decision not to pay school board members will trigger an investigation. The Education Department did not immediately return NPR’s requests for comment.