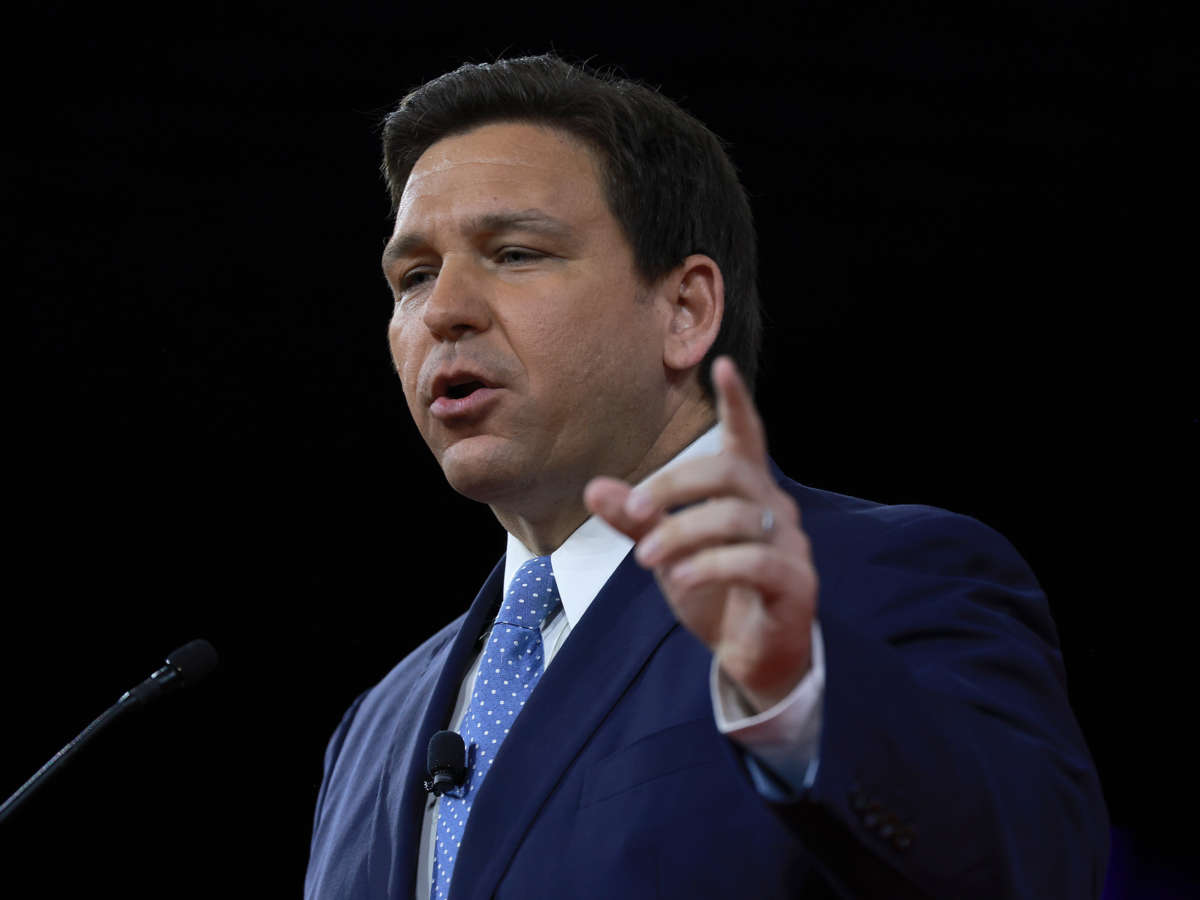 Gov. Ron DeSantis has signed a bill that bans most abortions after 15 weeks, making Florida the latest state to restrict access to the medical procedure. Just two days ago, Oklahoma’s governor signed a bill that would make performing an abortion a felony in most cases.

The new Florida law, which takes effect July 1, will replace a previous one that allowed abortions until 24 weeks of pregnancy.

“House Bill 5 protects babies in the womb who have beating hearts, who can move, who can taste, who can see, and who can feel pain,” DeSantis said in a statement Wednesday. “Life is a sacred gift worthy of our protection, and I am proud to sign this great piece of legislation which represents the most significant protections for life in the state’s modern history.”

The new 15-week ban does not make exceptions for cases of incest, rape or human trafficking. It does allow an abortion if it would save the life of a pregnant person or prevent serious injury to them.

The law also includes exceptions for fetal abnormalities that are discovered after 15 weeks. In such cases, two doctors must sign off saying the baby will die shortly after birth before an abortion can happen.

Groups including Planned Parenthood warn that marginalized communities, including Black and Latino residents, will have the added burden of traveling out of state for the procedure.

“We’ve entered a dangerous time for Floridians’ reproductive freedom. In just a few months, thousands of pregnant people in Florida will no longer be able to access the care they need without leaving their state,” said Planned Parenthood President Alexis McGill Johnson in a statement. “The supporters of this bill have put their own political ambitions and beliefs before the health and futures of their constituents.”

A similar Mississippi law is before the Supreme Court

Florida’s new law is modeled after another in Mississippi that also bans abortions after 15 weeks of pregnancy. That law is currently being considered at the Supreme Court, where justices in the six-member conservative majority appear willing to uphold the law.

Florida’s bill passed the state House in mid-February and then went to the state Senate. In both chambers, lawmakers of both parties shared their personal experiences with sexual assault and abortion and how it informed their votes.

During the House debate, Republican Rep. Dana Trabulsy shared that she had previously gotten an abortion and was “ashamed because I will never get to know the unborn child that I could have had.”

“It’s something I have regretted every day since,” Trabulsy said. “This is the right to life and to give up life is unconscionable to me.”

In the Senate, Democrat Lauren Book pushed for an amendment to the bill that would have allowed exceptions for incest, rape or human trafficking. Book spoke of her own experience of sexual abuse and rape.

“It’s not OK to force someone who’s been sexually assaulted and impregnated to carry that pregnancy to term if they don’t want to, it’s just not,” she said. “And if a woman or a girl needs more than 15 weeks to decide, we should be able to give that to her.”

Florida is not the only state using Mississippi’s law as a blueprint. Republican lawmakers in West Virginia and Arizona have proposed similar legislation in anticipation of the Supreme Court ruling.

Other Republican-led states are also considering and implementing abortion bans more restrictive than Mississippi’s 15-week model. Last May, Texas Gov. Greg Abbott signed into law a bill that effectively bans abortions as soon as a fetal heartbeat is detected or as early as six weeks. The Supreme Court has declined three times to take up the challenge to the Texas abortion law.