Florida GOP senators: Too soon to weigh in on Gaetz’s future 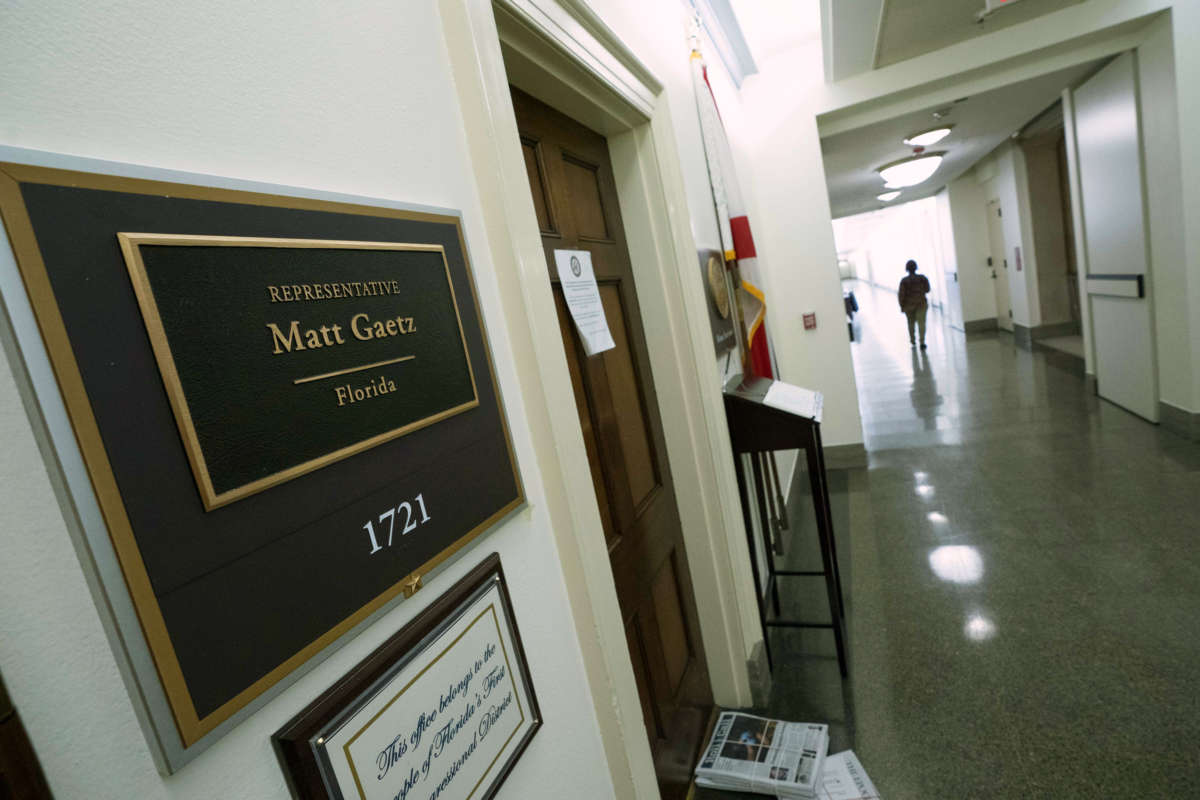 People pass by the Rep. Matt Gaetz, R-Fla., office on Capitol Hill, in Washington, Tuesday, April 13, 2021. The House Ethics Committee has opened an investigation of Rep. Gaetz, citing reports of sexual and other misconduct by the Florida Republican. (AP Photo/Jose Luis Magana)

Sens. Marco Rubio and Rick Scott both say sex trafficking accusations against their fellow GOP Floridian are serious. But Rubio and Scott also say it’s premature to say what should happen to the three-term congressman.

The senators’ cautious remarks were the latest instances of congressional Republicans taking neutral stances on Gaetz.

Federal agents are scrutinizing him over allegations that include sex with a minor. That’s according to two people who spoke on condition of anonymity because they could not discuss details publicly.

Gaetz has broadly denied the accusations.