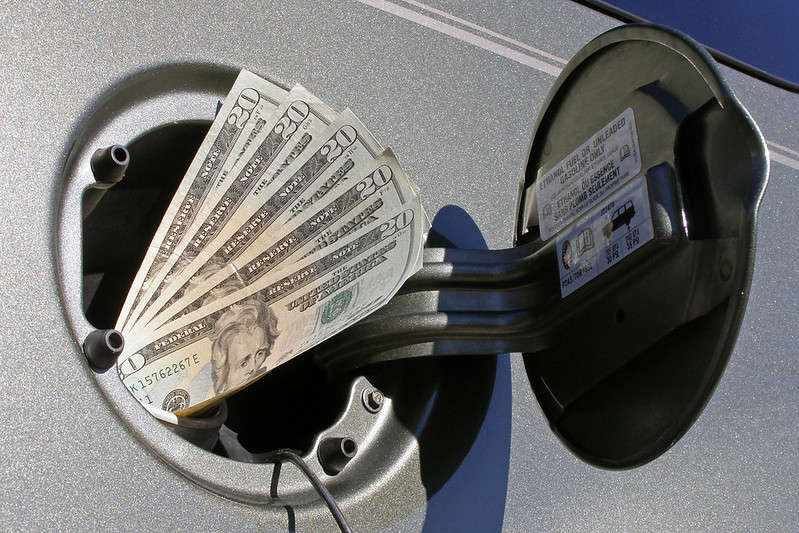 Florida drivers can save at the pump during the Motor Fuel Tax Relief holiday in October. (photo: ccPixs.com)

Florida drivers will soon save a bit  at the pump.  Earlier this year, Gov. Ron DeSantis signed into law the Florida Motor Fuel Tax Relief Act, which does away with the gas tax for the entire month of October.

Savings At The Pump

In May 2022, Governor Ron DeSantis signed the Florida Motor Fuel Tax Relief Act to save drivers on gas. It will lower the price of motor fuel by 25.3 cents per gallon.

The amount drivers save will depend on their daily commute, said Sean Snaith, which could range between $100 and $200. “It should lower gas prices,” he said.” Maybe not by the full amount of the tax, it’s going to really depend what demand does over the course of October.”

Gas prices have already been declining for weeks. According to the latest AAA report, gas prices are the lowest they’ve been since February, averaging $3.45 per gallon. The price of oil is also going down at $86.79 per barrel.

Snaith said prices are dropping because demand is going down. “People are driving less,” he said. “They’re cutting down the number of trips that they make, because the cost of everything else still remains very elevated.”

With the price of oil and gas already on the decline, Snaith said the gas tax holiday would have made a bigger impact six months ago. But, as the cost of living continues to remain high, he said this tax holiday will make an impact on low income residents.

“If you look at budget shares by income class, lower income households are going to spend a higher proportion of their income every month on the big three, which is transportation, food, and housing,” said Snaith. “They’re spending a bigger share of that income on getting to and from work. So, a little bit of relief there means there’s money that can go towards rent or towards the grocery bill.”

Tax Holidays As A Whole

Tax relief holidays provide some relief, but Snaith said they do not alter the landscape economically speaking for the struggles that households are facing right now in the bigger picture.

He compares tax holidays to icing a bruise on your thigh. “You put an ice pack on it for an hour, it feels better for that hour, but it’s it’s still there,” he explained. “These things, they’re helpful, but when we’re in the economic environment that we’re in, where the cost of living has been rising at more than 8% per year, and wages and salaries only going up by 5%. The welfare of the American household has been falling for some time.”

Snaith said until we can get the bigger picture of inflation under control and get the economy back to something closer to normal, these programs are just an ice pack. “It’s not going to make the underlying injury go away,” he said.

In Florida, gas prices reach nearly $5 at its highest this summer. Snaith said it would take an “extraordinary geopolitical event” for prices to surge like that again.

“Demand isn’t going to suddenly surge and drive up prices,” he said. “But if heaven forbid, the Russia Ukraine thing somehow spreads or becomes a broader crisis than it already is, then you could potentially see some some spike in energy prices.”

For gas to have a significant drop in prices, Snaith said production would need to ramp up. “But we haven’t seen much certainly in the United States in terms of stepping up and accelerating the production of oil and natural gas,” he explained. “But you are seeing the UK has reversed a fracking ban that they had in place. So as the ramifications of unsound energy policy kind of hit home more and more globally, we might start to see a ramping up in production of oil and natural gas that could bring down prices a little more rapidly.”