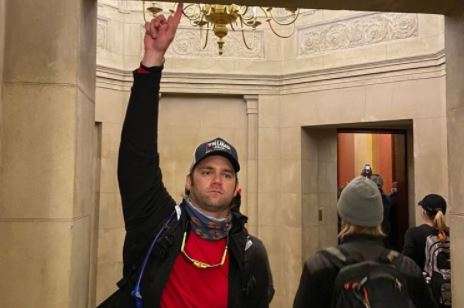 ORLANDO, Fla. (AP) — A Florida firefighter who was photographed inside the U.S. Capitol during a riot by loyalists of President Donald Trump has been charged with disorderly conduct. Charges of disorderly conduct on Capitol Grounds and unlawful entry of a restricted building were filed Tuesday in the District of Columbia against Andrew Williams. Williams has been a firefighter and paramedic with the Sanford Fire Department since 2016. He was placed on administrative leave from the fire agency last week pending an internal investigation. Sanford is located about 25 miles outside Orlando. Fire department spokesman Bianca Gillett said Tuesday that the agency was made aware of the arrest.