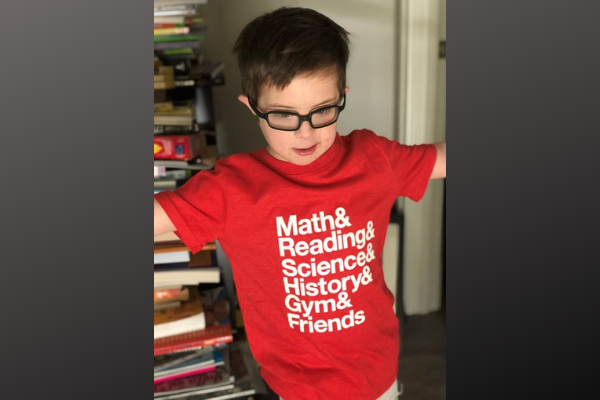 Will Hayes' parents are part of a lawsuit against Florida Governor Ron DeSantis's ban on school mask mandates. They argue the ban violates the ADA. Photo: courtesy of the Hayes family

Kids are back in class for the new school year- and COVID cases are ticking up. Amid calls for a return to social distancing and mask mandates, Gov. Ron DeSantis instead issued an order banning mask mandates in public schools. A number of school districts are defying the order, and 11 families who have children with disabilities are suing the governor.

Attorneys with the nonprofit Disability Independence Group say these kids are more at risk from COVID-19 and they argue the governor is forcing school districts to violate the Americans with Disabilities Act.

WMFE’s Joe Byrnes spoke to litigation director Matthew Dietz and Judi Hayes, a parent from Orange County whose 10-year-old son Will has Down Syndrome, about why they filed the lawsuit.

Hayes says DeSantis is being “grossly irresponsible” and is wrong to frame this public health issue as a question of parental choice.

“I think it barely veils his contempt for Floridians to frame it that way. I think Governor DeSantis is just dog-whistling to his base by saying that,” says Hayes.

Dietz says they’re asking the court to find the executive order in violation of the ADA.

“What it essentially does is it prohibits kids with disabilities to go to school safely, and excludes them from schools,” he says.

“When the governor says schools cannot enforce a mask mending, essentially prohibits the schools from implementing what’s needed for these kids to go to schools, whether it’s a mask, whether it is to be in a safe environment, it takes away the power from the school to do what’s required by federal law in order to give these parents and children access to the schools.”