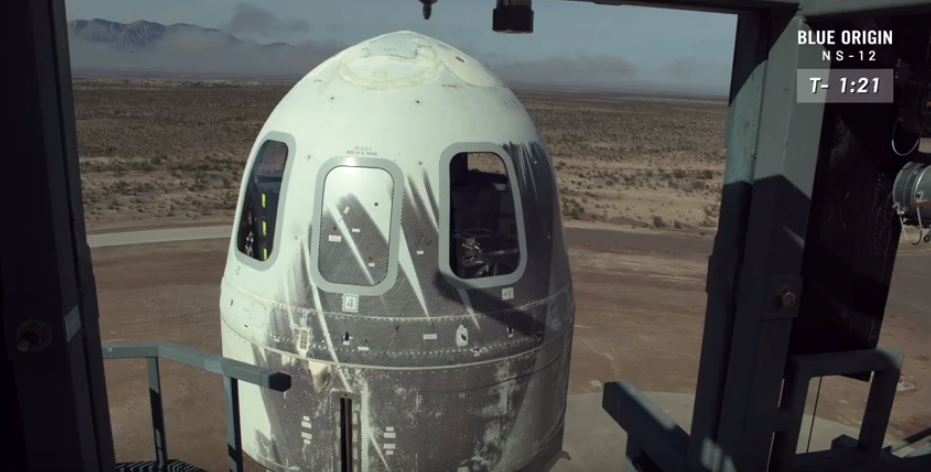 The company launched its suborbital capsule to the edge of space, carrying a suite of experiments to conduct during the brief moments of weightlessness.

On board, a NASA experiment from Kennedy Space Center which aims to turn space-traveler’s trash and waste into usable like such as methane, hydrogen and carbon dioxide which can be used for fuel. The OSCAR experiment, led by KSC’s Annie Meier, could help moon or Mars-bound astronauts deal with the garbage they create on a long-duration mission.

Another experiment from the University of Central Florida is examining how dirt particles, or regolith, behave in microgravity when they are scooped, helping scientists better design missions to retrieve samples or mine asteroids.

This is the second flight for the UCF experiment known as the Collection of Regolith Experiment, or CORE. The experiment experience and issue during its first flight back in January which affected data collection. The experiment is run by UCF planetary scientists Addie Dove and Josh Colwell.

Blue Origin is designing the New Shepard for space tourism but during testing offers scientists the opportunity to fly experiments inside the capsule.

The private company is also designing an orbital rocket that will be built and launched from Cape Canaveral.