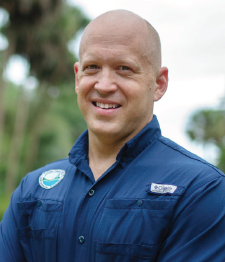 Florida’s Department of Environmental Protection is getting a new secretary.

Noah Valenstein is stepping down after leading the agency for four years, under two governors.

Valenstein supervised big change at the agency under Governor Ron DeSantis, who has made Florida’s environment and water problems a priority of his administration.

“He’s been one of the most energetic secretaries we’ve seen in recent years and frankly kept up a punishing schedule as well as improvements at the agency. And so if I were him I would be tired.”

Shawn Hamilton will serve as interim secretary. He currently oversees the state’s parks and land conservation program at the Department of Environmental Protection.