Florida Doesn’t Have A Residency Requirement For COVID-19 Vaccine 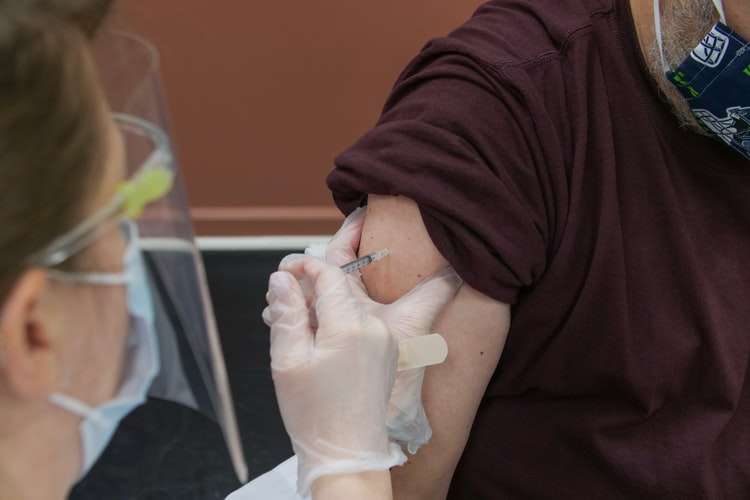 To get the vaccine against COVID-19 in Florida right now, you either have to be a health care worker, 65 or older – or live or work at a long-term care facility.

In Miami-Dade, Baptist Hospital is also vaccinating people with some pre-existing conditions. So far, there is no state residency requirement to get the vaccine in Florida. WLRN’s Veronica Zaragovia explains why many public health experts think that’s OK.

But a lot of people who work in healthcare say getting people vaccinated is more important than limiting people based on where they live.

On Instagram, Argentine media personality Yanina Latorre posted a video of herself taking her mother to get vaccinated at Hard Rock Stadium. They both live in Buenos Aires.

Her daughter says, ‘Dora, I love you’ as someone sticks the syringe in her mom’s arm.

She got a lot of backlash on social media. In Miami-Dade County, the state’s health department only asks if the person will be in town for the booster shot.

“We would not deny that person.”

And she’s been involved in a lot of the vaccination efforts in South Florida. She understands all the frustration, but says the virus doesn’t care where you live.

“Whether you’re documented or not is not something the virus cares about. If they’re out and about and where everyone else who is a legal resident is, they can still first of all get ill themselves and transmit it to others.”

As far as people getting vaccinated without meeting the state’s criteria – the governor has said the state would consider shifting doses from those facilities to other places.