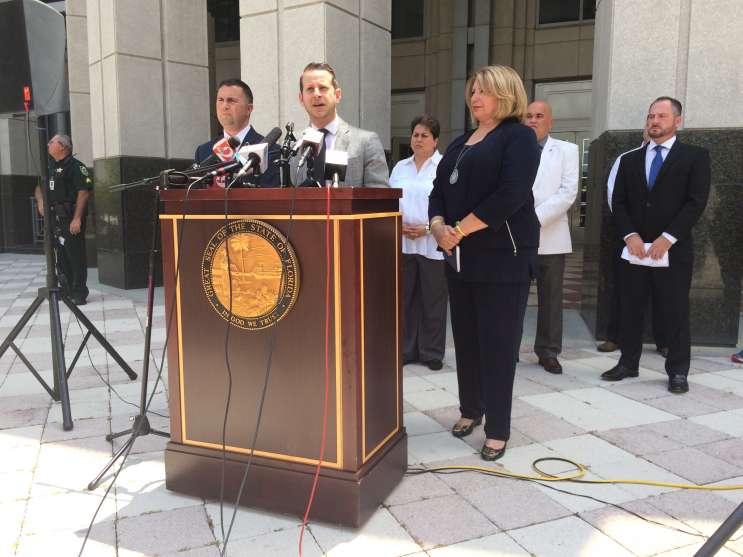 They are calling for reform that would close what they call a “terror loophole” allowing known or suspected terrorists to buy guns.

The legislation would prohibit gun sales in Florida to those on the Terrorist Watchlist, a national database of known or suspected terrorists.

“Our proposed legislation would also require the Florida Department of Law Enforcement to conduct a thorough investigation of any individual taken off these lists before being able to possess a firearm again,” Sen. Darren Soto of Orlando says.

The Pulse shooter was investigated twice for possible terrorist ties before lawfully purchasing guns days before his attack. He was not on the watchlist at the time of the June 12 rampage.

“It’s very simple: If you’re not a terrorist or a suspected terrorist this will not affect you,” Rep. Jared Moskowitz of Coral Springs says.

The Democrats say they have enough support to require Florida Secretary of State Ken Detzner to poll each member of the Legislature on whether a special session should be called.

A special session must be called if three-fifths of the Legislature agrees.