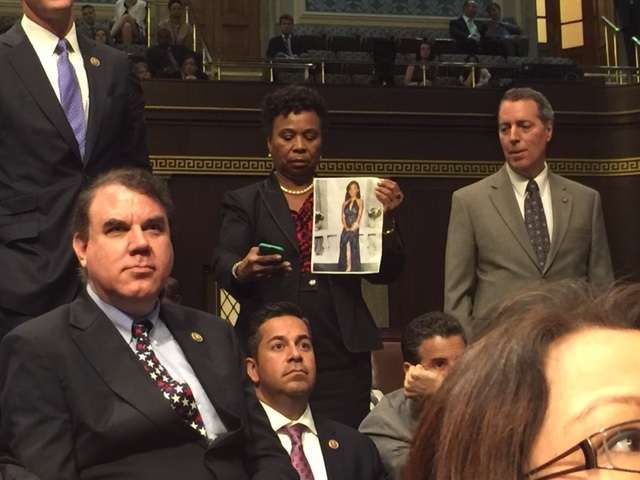 On Capitol Hill, Congressman Alan Grayson was among the scores of Democrats conducting a sit in on the floor of the House. The protesting Democrats were demanding a vote on gun control legislation.

The House officially adjourned early Thursday morning for the Fourth of July recess, but most of Florida’s democratic congressional delegation sat on the chamber’s floor pushing for a vote on gun legislation. They ended the sit-in after 25 and a-half hours.

Congressman Alan Grayson was one of them. “Sometime the best thing you can do is stand up, be counted, make sure your voice is heard, and hope for change,” said Grayson. “And that’s exactly what the democrats are doing now collectively, including me.”

Congresswoman Corrine Brown got into a shouting match with a Republican from Texas who yelled “radical Islam” at the protesters. The two had to be separated by colleagues.

The Democrats were demanding votes on gun control bills that would tighten background checks and ban people on the government’s no-fly list from buying a gun.