Florida Democrats Aim To Contest Every Seat This November 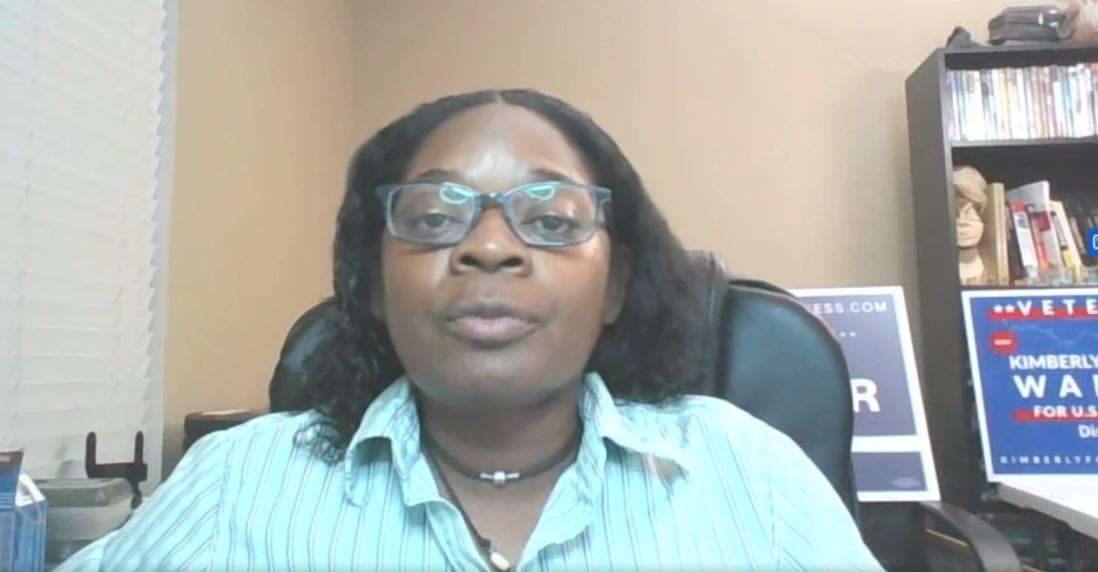 Florida’s Democrats have been stung by a lack of candidates who have won statewide office recently. So they’ve announced a program that will put candidates on every single ballot in November.

Even though Democrats are a majority of the state’s registered voters, the party has routinely lost nearly every race recently for statewide office. So the party is taking a different tack: contesting every single race in Florida this November.

In many ways, Kimberly Walker is the new face of the Florida Democratic Party.

“As a woman, African-American, gay and also a veteran,” she said.

This is Walker’s first political race. But instead of getting her feet wet by running for smaller offices like school board or city council, she ticks off all the boxes that her opponent for Congress – incumbent Republican Gus Bilirakis – can’t.

She’s an Army and Air Force veteran and has worked as a corrections officer and as an IT specialist. One of the reasons Walker is aiming so high is to improve health care nationally. It’s personal – her mom, a part-time school crossing guard, can’t afford to pay $500 a month for her diabetes medication.

“I’m LGBT, we are still fighting just for our right to be treated as a human, equally. I’m African-American, we’re still fighting against racial inequality,” Walker said. “So there’s a whole list of reasons why I should run for Congress.”

She is one of the poster children for the Democrat’s “Sunshine Slate.” The state party is pumping $2 million to help get candidates on every single ballot. Party officials say they will use the money for training and advertising in every single race.

“The idea being that if you don’t compete, you can’t win,” said Rosy Gonzalez Speers, the state party’s senior advisor for Down-Ballot Elections. “And so really giving Democrats the opportunity to vote for someone in their area, even if it’s seen as a long-shot race.”

This is in a sense a return to Florida’s past. Back when Democrats ruled the state, the up-and-coming GOP of the 1990’s decided to put Republicans on every ballot – even where they didn’t have a prayer of winning. Some of those candidates ended up running two or three times – before they finally won. And Republicans have basically ruled Florida ever since.

So this is a time-tested way of increasing their “bench” of qualified politicians.

Gonzalez Speers used a more recent example, when Barack Obama carried Florida twice, by organizing in red counties as well as blue.
And she says candidates like Kimberly Walker aren’t just aiming at voters who have been marginalized in the past.

“We have the opportunity this November to make sure that there’s participating in our democracy from all walks of life,” she said. “So we are looking to get to that 65-plus white voter just as much as we are going to organize to get that younger voter, as well.”

They’re going to need that diverse turnout in places like Gus Bilirakis’ 12th Congressional District, which covers Pasco and northern Pinellas counties. It’s nearly 90 percent white – one of the whitest districts in the state. The mostly suburban area has sent a Bilirakis to Washington, D.C., for decades, since Gus took over the seat that used to be held by his dad, Mike.

Gonzalez Speers says it’s not just about competing. Democrats – who make up the majority of registered voters but rarely win statewide office – are playing to win.

“I think that in a wave year like this, where there is so much change happening and where people are so dialed in to what’s happening politically, they are more involved in the voting process,” she said. “And I think that when more people vote, Democrats win.”

For her part, Walker plans on playing up her differences with the incumbent, Bilirakis.

“I understand when somebody says, like right now during the coronavirus, where you have a lot of people who are unemployed. I’ve been there before. I understand how it is to not have income coming in and worry how am I going to pay my rent next month?” she said.

Gonzalez Speers said Democratic turnout increased during the primary because nearly 80 percent of voters chose to vote by mail. And she believes that is going to give a boost to candidates like Walker in November.

This story is part of The State We’re In, an elections reporting initiative from WUSF and WMFE in Orlando. It’s produced in partnership with America Amplified, an initiative using community engagement to inform local journalism. It is supported by the Corporation for Public Broadcasting.