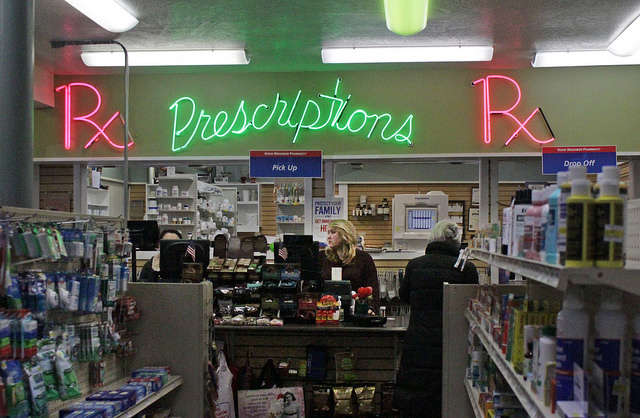 He says the state will collaborate with the Trump Administration to make certain drugs accessible at a lower cost to patients using the Medicare Prescription Drug, Improvement, and Modernization Act of 2003. Photo: Flickr Creative Commons

Governor Ron DeSantis was in the Villages yesterday to announce a new program that will import prescriptions drugs from Canada.

He says the state will collaborate with the Trump Administration to make certain drugs accessible to patients using the Medicare Prescription Drug, Improvement, and Modernization Act of 2003.

HHS can suspend a Canadian company’s ability to import drugs if they are found to be supplying American pharmacies with counterfeits or if they’re mislabeling their products.

But DeSantis says the law has never been used to import drugs from Canada in bulk up to this point.

“So this is something that is 16 years that this has been on the books. And yet it has never been put into practice. And so we’re going to make sure we take all necessary steps to ensure appropriate regulatory protections are in place.”

DeSantis says President Trump is ready to use an executive order if necessary to jump start the program which he says would lower costs for patients in the state.

“Once we get this in place-you as a citizen will be able to have access to more affordable drugs. Businesses will be able to conduct their business in ways that are less costly in terms of what they’re providing their employees. It gives us more availability to provide more tax relief, pay down debt.”

Canadian drugs tend to cost less than American drugs because the Canadian government can set prices directly with drug companies.

A report from the nonprofit The Commonwealth Fund found Americans tend to pay about $1000 per capita for prescription drugs while Canadians pay about $670. But the same study also found prescription drug costs still make up about 15 percent of national healthcare costs in Canada compared to only about 10 percent in the United States.

For now, the U.S. Food and Drug Administration says it’s illegal for most people to import drugs from Canada themselves. That’s unless they have a serious condition and treatment is only available in Canada. But in most cases they can still only take about a three-month supply with them.