Florida Classic’s Battle of the Bands: “There will be a certain degree of pettiness” 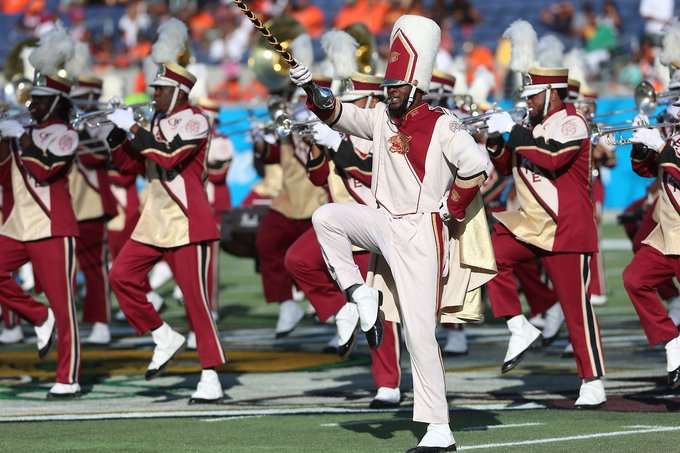 Florida A&M University and Bethune Cookman University will face off this weekend in Orlando for the Florida Classic. While there’s excitement surrounding the actual football game, for a lot of people, the marching bands are also a draw. The two bands will face off in the Battle of The Bands tonight.

Kenn Rashad is the Founding Editor & Publisher of HBCU Sports. WMFE’s Talia Blake caught up with him ahead of the big showcase to talk about HBCU marching bands culture and how it differs from other institutions.

Read the full conversation below or listen to it by clicking on the play button at the top of the page.

KENN RASHAD: The fact that the bands get their own unique event that has absolutely nothing to do with football by having a so called battle the day before the actual game, that in itself says a lot, not only about HBCU band cultures, but HBCU culture in general.

TALIA BLAKE: Agreed, watching an HBCU marching band really is an experience like no other. So much so, that even Beyonce paid homage during her 2018 Coachella set. What can people expect to see and hear when they go to a battle of the bands like this?

RASHAD:  It really is a lot more to it than just playing music. You will see that in many instances, the battles become very specific. You might see trumpet section versus trumpet section. You might see tube section versus tuba section. You might see dance lines versus the other dance lines. It can get very specific, and might I even add to some degrees strategic. There might be a lot of friendly banter, a lot of friendly smack. And for those who may not necessarily be familiar with it, on the outside looking in, it really is HBCU love for each other and respect for each other. But, it is a rivalry.

BLAKE: What does the winner of Florida classics battle of the bands get?

RASHAD: The event in and of itself is an exhibition. It is there, first and foremost, for the people who will be in attendance to just simply have a good time. There’s not going to be a de facto winner, if you will. That’s going to obviously be up to the individual.

BLAKE: But definitely some bragging rights on the table?

RASHAD: Without question. I can assure you that there will be a certain degree of pettiness, a halftime show in which one band will go out of its way to kind of say something in the actual performance. The one thing that’s unique between FAMU and Bethune Cookman is that when you put in consideration the size of the bands and so forth, they have the uncanny ability to create some very unique formations and gestures that becomes pretty obvious what they’re referring to.

BLAKE: I am always here for the pettiness, is there a petty moment or something that’s gone on between these bands that just kind of sticks out in your head? A formation you saw or something that they did during a halftime show?

RASHAD: If I’m not mistaken, HBCU sports actually gave this particular performance with Bethune Cookman. We have a top 10 halftime performance of the year, and Bethune Cookman, I think, got first that year in which the band actually got in the formation of a hand. And they cleverly, without all the way doing it, kind of put up their hand and almost got to the point to where they lifted that middle finger, but then didn’t quite go there. It was very creative, and it was very, very obvious what they were saying. So, like I said they didn’t give them the middle finger but they kind of hinted and put it in a different, like a fist.  I was like, ‘wow, that’s that’s pretty creative.’ But look, they’ve got the best of each other during the years. I just want to stress to individuals that while it may seem heated at the moment, there is love and a certain level of respect that each of those institutions have for each other. But best believe when when the moment is there, the pettiness is coming and it will be enjoyable. I can assure you