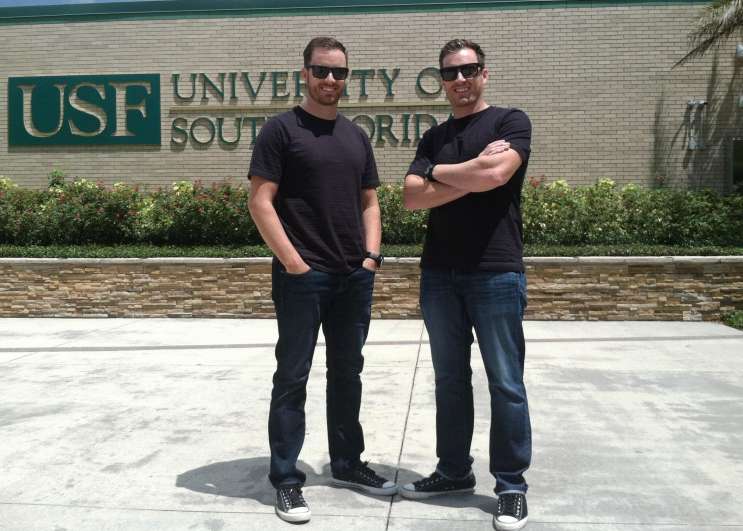 Mark and Matt Fetterman co-founded The Homefront Foundation so that service members and veterans can learn to use storytelling as a coping and outreach tool./Photo: Bobbie O'Brien

Next month marks the 15th year the United States has been at war in Afghanistan and Iraq. And each of the 2.5 million men and women who served in the conflicts has a story. Now there’s a new effort to help those service members and veterans discover, shape and share their story.

Think about it. Storytelling is woven into the very fabric of our lives from childhood storybooks to shared Facebook posts, everyone likes to share a good story. “While I was pursuing my degree at Columbia University I was exposed to storytelling as a business tool,” said Matt Fetterman.

Fetterman earned a MA in Organizational Psychology from Columbia University. There he learned everyone has a defining story and the common threads connect us. Matt’s story is set on the parade deck the U.S. Merchant Marine Academy in Kings Point, New York.

“When I was a freshman or a plebe at the academy. I remember raising my right hand. I took my oath on Saturday. I swore into the Navy. And on Tuesday morning I was marching a section to class,” he said.

Then he saw one of his friends running at him, pointing behind him saying a plane flew into the World Trade Center.

“I didn’t believe him and kept marching the section. All of the sudden I started seeing more and more people looking over the water over to New York City,” said Fetterman. “We halted the platoon we looked over to the horizon and one of the World Trade Centers was smoking. Unbelievable. We didn’t know it was actually an attack until we saw a second plane fly into the Trade Center right behind it.”

From that Saturday to Tuesday – those were the only 3 days out of the last 15 years of Matt’s service that the U.S. has not been at war. He finds it “very trying.”

He volunteered to serve in Afghanistan in 2010 as did his twin brother Mark Fetterman, also an engineer, and graduate of the Merchant Marine Academy.

Mark Fetterman remembers before he went to Afghanistan, “a good friend of mine and Matt’s who went to college with us – he was shot and killed in Afghanistan. Shortly after we found ourselves in country, another one of our friends was dead,” he said. “This time he had stepped on a landmine. And knowing this is part of my story makes me believe that other veterans have stories to tell and in their stories there are lessons.

He learned that he was not alone.

“When you come from a unit where you sleep next to somebody that is maybe six inches away, shoulder to shoulder every day doing everything with them. And when you transition back home away from the battlefield you feel alone,” said Mark Fetterman. “I know when I got home, I was not transitioned back with a unit, and I found myself living in a hotel room for three weeks by myself drinking too much, making some bad decisions, but I was not alone and that’s where I got a knock on the door from my brother saying hey, let’s get back to doing what we were doing.”

So, like his brother Mark Fetterman went back to college. He earned a Masters of Business at the University of Southern California.

Last fall, they both moved to Tampa to be closer to family and start The Homefront Foundation, a nonprofit set up to help teach service members, veterans and first responders storytelling as a tool for coping and outreach.

Mark Fetterman remembers that they were both skeptics at first. “(We) didn’t think storytelling had anything to do with me as a person. But it had so much and when I finally learned how to tell my story and felt comfortable get past that vulnerable stage I found it was relieving,” he said.

The Fetterman brothers hope to bring that same relief to others and at the same time create a bond with the community. Unwritten Letters is their first workshop in Tampa. Matt said veterans from all service branches and some first responders have signed up. And they want all people, even those with no military connections, to hear the stories that are shared with the public.