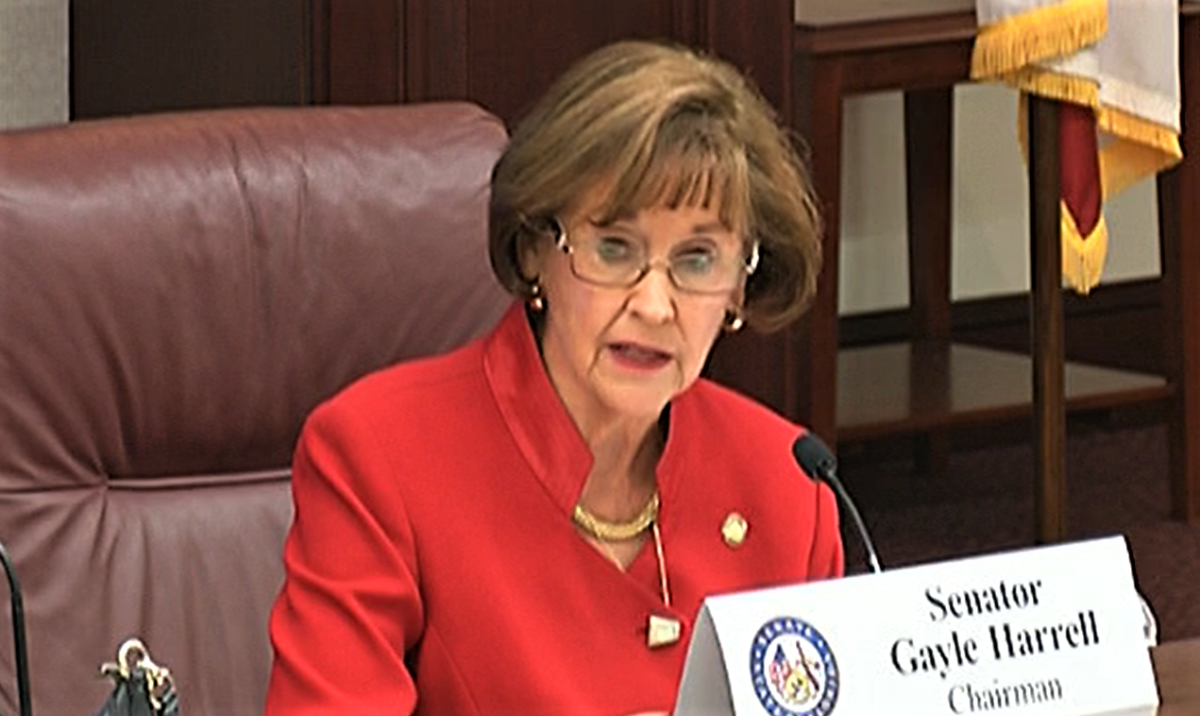 State Sen. Gayle Harrell introduced Senate Bill 100 at the a meeting of the Transportation Committee on Wednesday. Image: Florida Channel

The South Florida senator wants to ditch M-CORES in light of the state’s tighter fiscal situation and the recommendations of three task forces.

“By revisioning our existing roadways,” she said, “we can accomplish the goals for better traffic flow, improved safety and necessary evacuation routes while saving taxpayer dollars. And that’s really what this bill does.”

Senate Bill 100 also requires a plan to extend the Florida Turnpike beyond I-75 at Wildwood. But where the turnpike would end up is still to be determined.

M-CORES extends it to the Suncoast Parkway.

The task forces questioned the need for M-CORES and raised a lot of concerns, like damage to minority communities and the environment.

Democrats want the new bill to incorporate those concerns.

The committee approved it along strictly party lines.