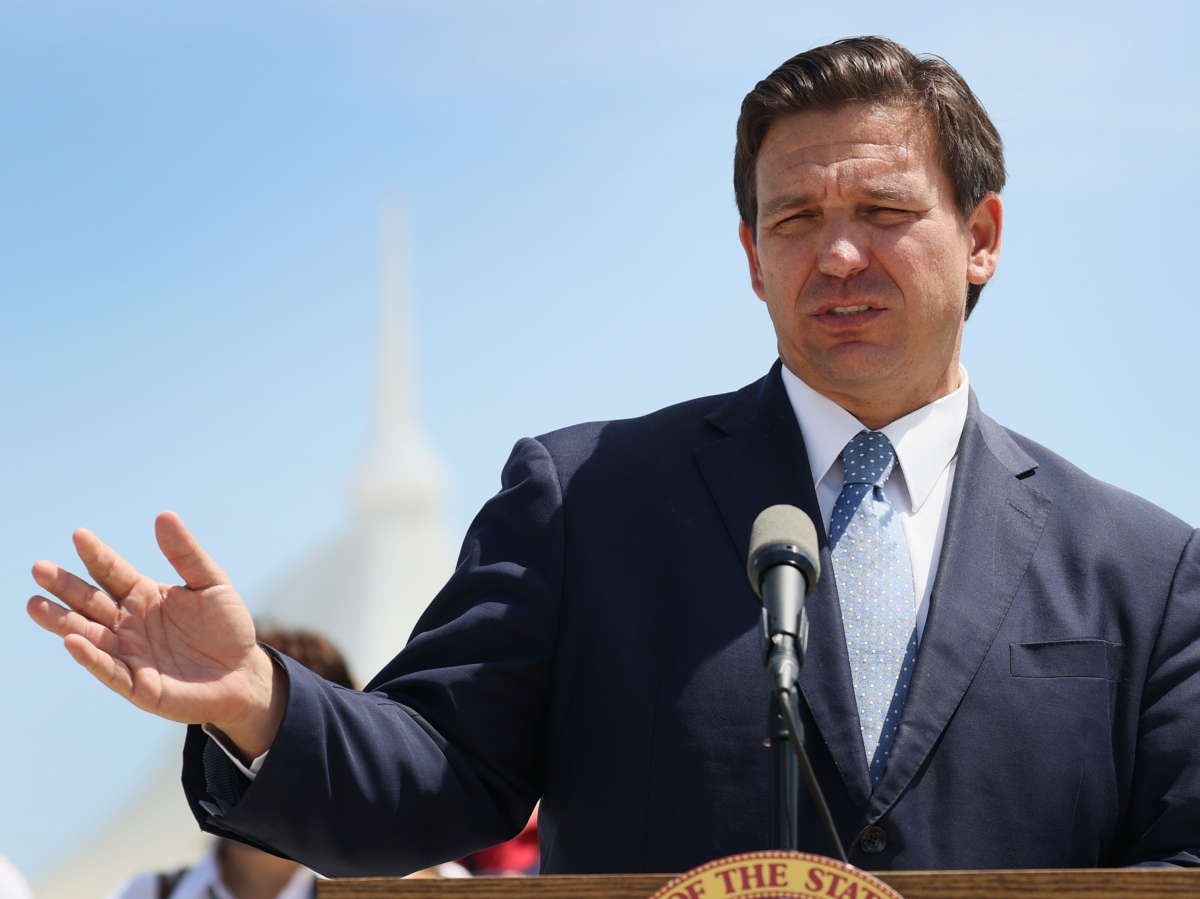 Florida’s governor has signed a law that he called the “strongest anti-rioting, pro-law enforcement measure in the country.” The law was written in response to protests around the country following the death of George Floyd at the hands of Minneapolis police. It provides new protections for police and increases the penalties for people who take part in property damage or violence during protests.

Florida experienced little of the violence seen elsewhere in the country last summer following Floyd’s death. But Gov. Ron DeSantis said tougher laws were needed to make sure Florida doesn’t see the kind of protests that occurred in Minneapolis, Portland, Ore., and other cities. At the bill signing Monday, DeSantis said, “If you riot, if you loot, if you harm others, particularly if you harm a law enforcement officer during one of these violent assemblies, you’re going to jail.”

The law increases penalties for protesters who block roadways or deface public monuments. It creates a new crime, “mob intimidation.” And it requires that anyone arrested at a protest be denied bail until their first court appearance, likely making for overnight jail stays.

The law makes local officials in Florida liable for lawsuits from injured parties if they are found to have not done enough to respond to control violent protests. And it reacts to the “defund the police” movement, allowing officials to appeal to the governor and his Cabinet any decision by local officials to reduce funding to law enforcement.

Civil rights and social justice groups said it’s an unconstitutional attack on free speech. Micah Kubic, executive director of the American Civil Liberties Union of Florida, said, “To be clear, the goal of this law is to silence dissent and create fear among Floridians who want to take to the streets to march for justice.”

Nailah Summers of Dream Defenders, one of the groups that was active in organizing protests in Florida, said the law disproportionately affects minority communities. Of the governor and state lawmakers, she said, “They should be ashamed of themselves. Black lives matter and so do our constitutional rights. We’ll see you in court.”