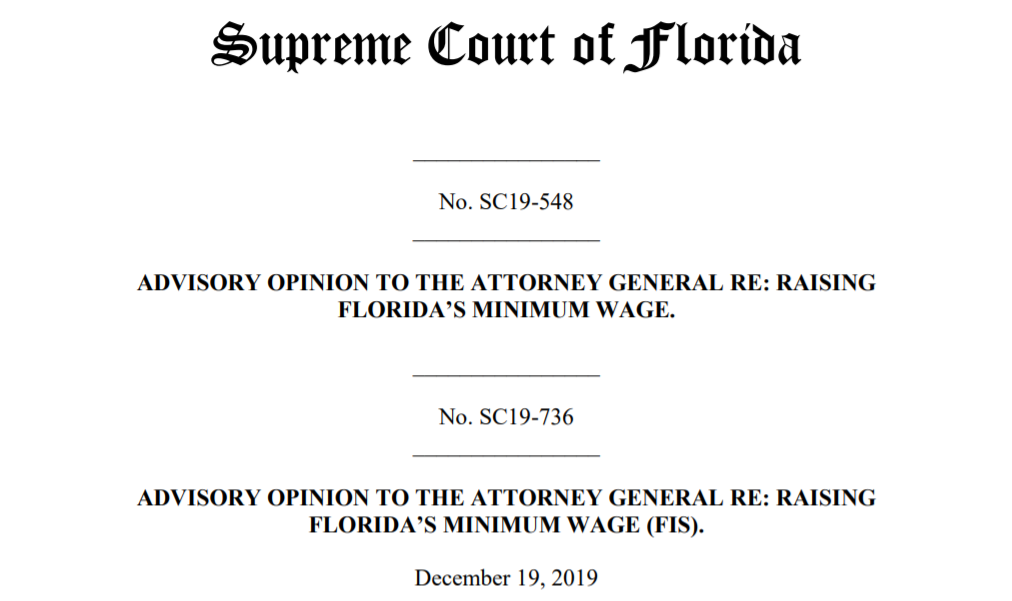 A proposed constitutional amendment to increase the minimum wage to $15 will be on Florida's 2020 ballot.

Florida voters will decide if the state’s minimum wage will grow to $15 dollars an hour.

The Florida Supreme Court approved ballot language Thursday for a proposed constitutional amendment that would gradually raise the state’s minimum wage to $15 per hour. Florida for a Fair Wage has collected more than 770,000 signatures – enough to be on the 2020 ballot.

If approved, it would increase Florida’s minimum wage to $10 per hour in 2021. It would then add one dollar per year until Florida reaches a $15 dollar an hour minimum wage in 2026.

Orlando Attorney John Morgan has spearheaded the amendment and put millions of dollars into the campaign. Republicans and business groups have lined up against the amendment, saying the wage increase will lead to job losses.

“This ballot measure will actually hurt the very people its proponent claims it will help, ” wrote Edie Ousley, the Florida Chamber of Commerce’s vice president of public affairs, in a statement on the chamber’s website. “In fact, Florida could very likely lose nearly half a million jobs by 2026, and we’ve seen estimates that are higher than that. This is a turn out weapon to impact the presidential election masquerading as a proposed constitutional amendment.”

State economists expect the amendment to cost local governments an additional $540 million dollars per year when the minimum wage is fully increased.

Constitutional Amendments in Florida require 60 percent of voters to approve them.