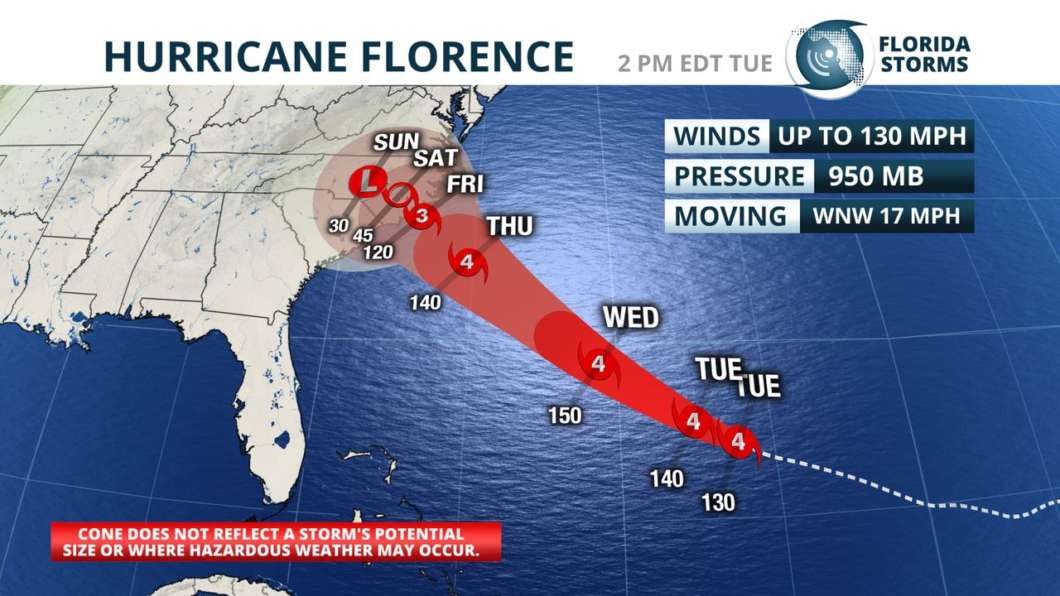 Florence may be missing Florida, but the powerful storm is still making its presence felt. Swells rolling in from the distant hurricane are generating big waves.

The National Weather Service is warning of rough surf and a high risk of life-threatening rip currents along the east central Florida beaches.

“I haven’t been out myself and it’s killing me because I’ve been talking to friends who have and they’ve been having a blast,” said Tony Sasso, executive director of Keep Brevard Beautiful and a long time surfer.

“These are veteran surfers who know the water, have been out on big overhead waves and know storm surf,” he added.

Sasso said when the waves are bigger than six feet, the surf is ‘overhead’.

“It’s not only the waves but the strength of the waves, and the rip currents, water moving around that can be very dangerous. So unless you’re a really good swimmer and a knowledgeable surfer, you shouldn’t be out in it.”

Sasso said the big swells have drawn lots of people to the beach: some to surf, many just to watch.